Speaking about my personal whisky purchasing, I already wrote about 2015 having been my year of “stockpiling” and that strategy certainly paid off in 2016. Several whiskies have risen – again – in price to levels I’m no longer willing to pay. When my “stash” of those is gone, that’s it, I’ll look elsewhere. My salary doesn’t rise by 20-300+% a year, why should I accept price hikes in that region for a luxury consumable product that’s not a bare essential for living?
Where prices were still reasonable, or when I came across a “too good to pass” type of deal, I have continued to add a few bottles here and there to the “future drinking stock”. For a few months now I have only bought a few select, special bottles when the price was right, the rest was just a handful (as in literally one hand full) of “daily drams” for the drinking cabinet. Sol, everything considered, I spent less (total amount) on whisky in 2016 than I did in 2015. Considerably less. I expect this trend to continue in 2017 and the years beyond as long as the price hikes continue.

Last year I predicted that 2016 would be a pretty ugly year for malt whisky fans, and I was proven right on several points, but not all. Just look at the Mortlachisation of Longmorn as a prototypical example of what’s (in my own humble opinion) wrong as an industry-wide trend right now. A once accessible-for-all category of drink is becoming increasingly premiumised and I see absolutely no indication of a trend reversal. But, on the other hand, you have to keep the price/demand ratio in mind. Lust for old, aged single malts is still increasing – despite rising prices – and as long as that trend doesn’t reach a plateau, we won’t see an end to the price hikes. Price increases for the “old stuff” is also a way of the industry trying to regulate demand, and as long as even very expensive bottles are almost immediately being sold (“flipped”) at auction for twice to triple their initial cost – who can really blame the industry for trying?
But do not despair, unless you’re completely hooked on certain distilleries or styles, there are still alternatives, both as far as distilleries and as well as independent bottlers are concerned. Just take a look at the daily dram of the year award at the bottom of this article for prime examples. As I’ve said before: You do not need to buy whisky, but the industry needs you to buy whisky. Choose wisely who you give your money to. Don’t spend too much thought on what you can’t afford anymore, just move on. If everybody did that, prices would come down…

As far as the blog is concerned, I don’t plan on changing too much. I’ll continue to post one or two in-depth whisky reviews a week, chime in on current topics and write about the odd trip or event. As far as reviews are concerned, my plan is to focus (even) more on the affordable, budget segment following the results of a survey I did earlier this year, but do also expect a broad mix of whiskies from all over the world and all price ranges. One small change you’ll likely see is an increase in #malternatives getting reviewed. Probably not one or two a month, but whenever I see a Rum, Cognac, Armagnac etc. I feel compelled to write about, I will do so. Because, let’s face it, there’s a whole world of aged spirits out there and sometimes even the biggest whisky nerd needs a change on the nose and palate. Especially when many of them give whisky a run for its money. Literally.

As far as events are concerned, I will be attending the Campbeltown festival in May for the first time and I expect to see a lot of you. Do say hello if you see me (buying me a dram is optional 😉 ).

So, here’s a list of things I expect to happen in 2017. If it looks familiar to you – it’s an expanded version of the predictions I already made for 2016. No, I’m not lazy, it’s just that things haven’t changed too much and that I expect certain trends to continue.

Right, that’s that. time to hand out some awards!

It’s award time, yay, everybody loves awards! Everybody loves to hand out awards! Everybody deserves awards (well, that last bit went a bit too far, I’ll take it back…) Well, I just like to call them “awards”. Basically it’s just two stand-out whiskies (plus a few runners-up) I’ve tried during the year of 2016 which I would wholeheartedly recommend to friends – because that’s what I consider my readers to be, friends, malt mates, soulmates in spirit!
Just like the years before I will crown two winners in the following categories:
– Grand Dram of the year
– Daily Dram of the year

The method for selecting the winners remains unchanged: I look back at each and every whisky I tasted during the course of the year and look for those which really stood out as prime examples. One important aspect is availability. I want to award drams which are (more or less) widely available, accessible and won’t completely break your bank. So no long-gone or sold out, or exclusive or single cask bottlings, sorry. It has to be whisky most people around the world have a chance at trying for themselves. 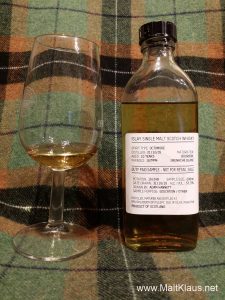 Grand dram of the year 2016: Bruichladdich Octomore 10 yo 2nd edition

From my conclusion:
While the first edition of the 10 yo Octomore was met with mixed reviews (I’ve never tried it myself), this new edition is beyond doubt a cracking dram! Rich, extremely smoky – but not phenolic and medicinal – with a very good counterbalance by fruits, sweetness and spices.
The only downside is the very high price of about 180€ from what I’ve seen so far. Not a daily dram by price – but by taste. But then again, we’ve seen much higher prices for mediocre whiskies in the course of this year, so you actually get a really good dram for your money, if you decide to buy it. Or, since Christmas is around the corner, put it on your wishlist!

Oh, this has been a very tough decision this year! Lots of high-quality drams to choose from. In the end I decided on the Octomore because it provides an unusual intrinsic quality and flavour profile and is also available for purchase right now at the time of publishing. Two of the contenders are now sold out or very hard to get and one is very expensive (but also very good). 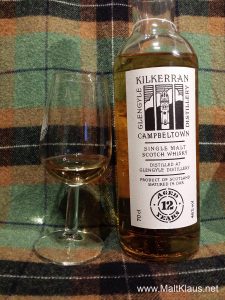 from my conclusion:
If you’re looking for a big, heavy-hitting whisky, I suggest you buy a bottle of Springbank 12yo cask strength instead. But if you like an almost austere, light, fruity, yet at the same time complex style that’s rarely seen so well-executed these days, then this is definitely for you. Comparing it to last year’s notes I do notice las year’s Bourbon release (92/100) to have been a bit more oily and with richer fruits, but it is undeniably the same style of distillate, and this 12yo release also has 30% (dry?) ex-Sherry casks mixed in, so you can’t directly compare them.
By the way: In today’s whisky market, how much do you think they’re charging for a bottle of their first-ever 12yo whisky? 100€? 150€? Others certainly would, but not Springbank distillers – I bought a bottle for a mere 45€, which is a very reasonable price for what you’re getting, especially considering the very low production volume of about 10-12.000 litres per year (not sure whether that’s bulk litres or LPA), which amounts to about 1/10th of what Kilchoman produces and they are already tiny! Hats off to the guys in the wee toon for not making us bend over backwards and “keeping it real”.

Is there anything more to add? Well, just this: If I had only given out one award instead of two, this would’ve been “Grand whisky of the year” – but given the great price/performance, and being under 50€ (at least where I am), this just has to be daily dram of the year. Oh, and if you can’t find it right now – a new batch should be on its way and I expect it to be just as good!

Oh – another product by the J&A Mitchell group (the Kilkerran 12 yo) raking in an award? Well, that’s because they produce bloody good whisky while still keeping them affordable. One whisky I’d also like to mention at this point is the Old Pulteney 12 yo, a runner-up. It’s very affordable and very good – and a shout out to them, because they too seem not to have raise prices these past years even for their stellar 17- and 21-year olds, at least not too much. But shhhh that’s a secret, can you keep it?

Right. I think that’s it. 2016 officially done and dusted from a blogging perspective. Thanks for following my blog this year, malt mates around the world, thanks for your comments and suggestions both here as well as on twitter and facebook.

All the best for a prosperous and successful new year 2017 to you malt mates – keep it classy, keep it malty, keep it affordable!