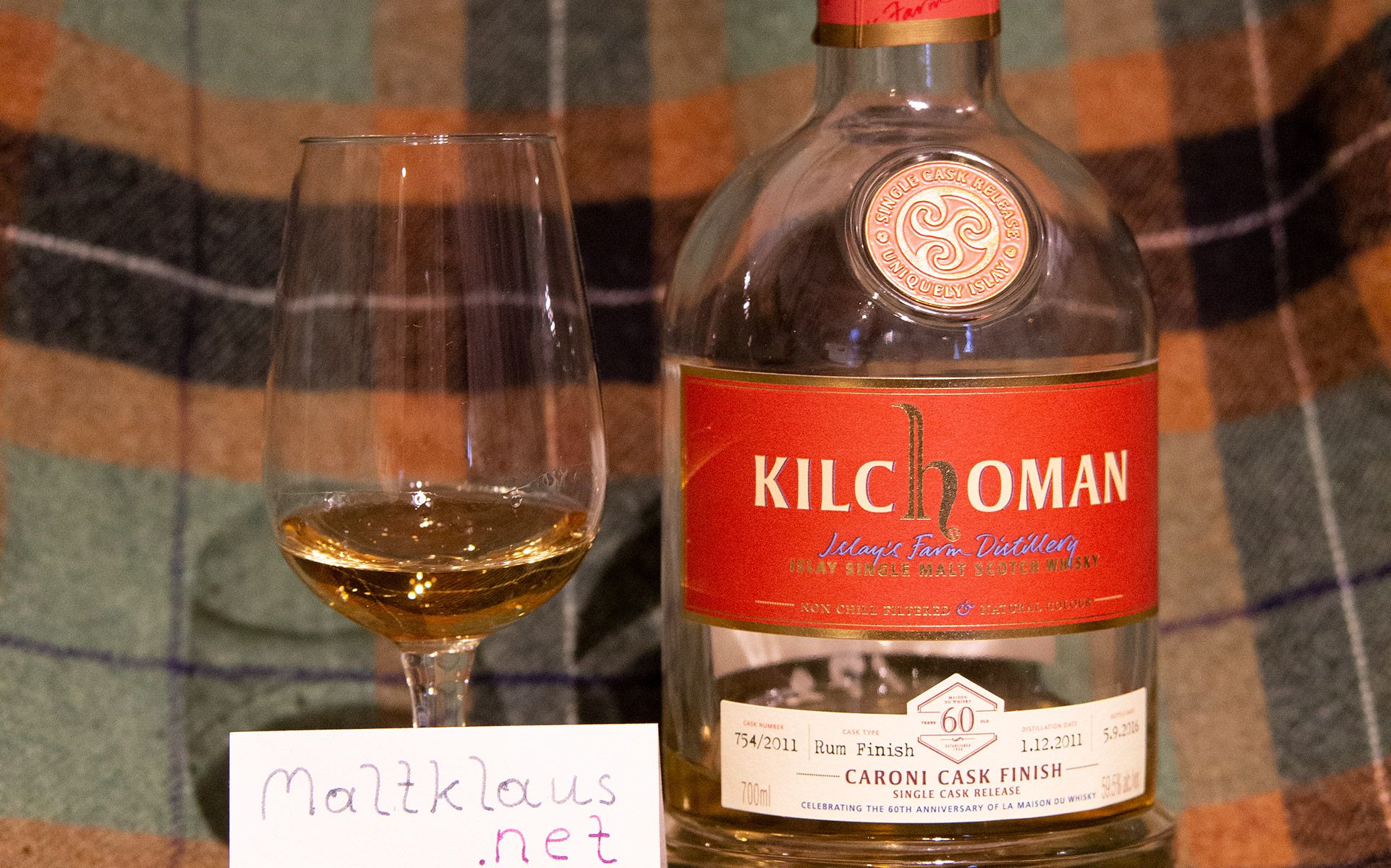 Nose
As expected, there’s quite a bit of alcohol up front, mixed with the typical, slightly iodine Islay peat smoke notes and, yes, rum. No, I couldn’t tell it’s Caroni but it’s a beefy, meaty, oily rum note. We’ve also got notes of malted barley, fresh lemons, candyfloss and molasses. Actually this reminds me more of the 100% Kilchoman releases than “regular” Kilchoman distillate. Who knows… Quite a nice start, neither the spirit nor the rum cask influence are overpowering at this point.
Score: 86/100

Taste
Boom. Pure, raw young Islay whisky tour de force as you expect it! Quite spirit driven, which is how I like young Islay whiskies – this is not overpowered by the cask at all! The rum influence is very subtle – the dirty, oily Caroni distillate complements the peat smoke notes and forms an impression that works quite well. So, what else is there to discover? We’ve go lemon, malted barley, a hint of demerara sugar, ginger, somewhat stale cracked pepper and a complementing mineral note. Really rather enjoyable.
Score: 85/100

Finish
The long finish is actually rather gentle giving the high ABV – oily, with notes of barley, oily, dirty peat smoke, and a slight sweetness, all of which linger for a long time.
Score: 86/100

Check out the archive of all Kilchoman whiskies I’ve tasted so far!