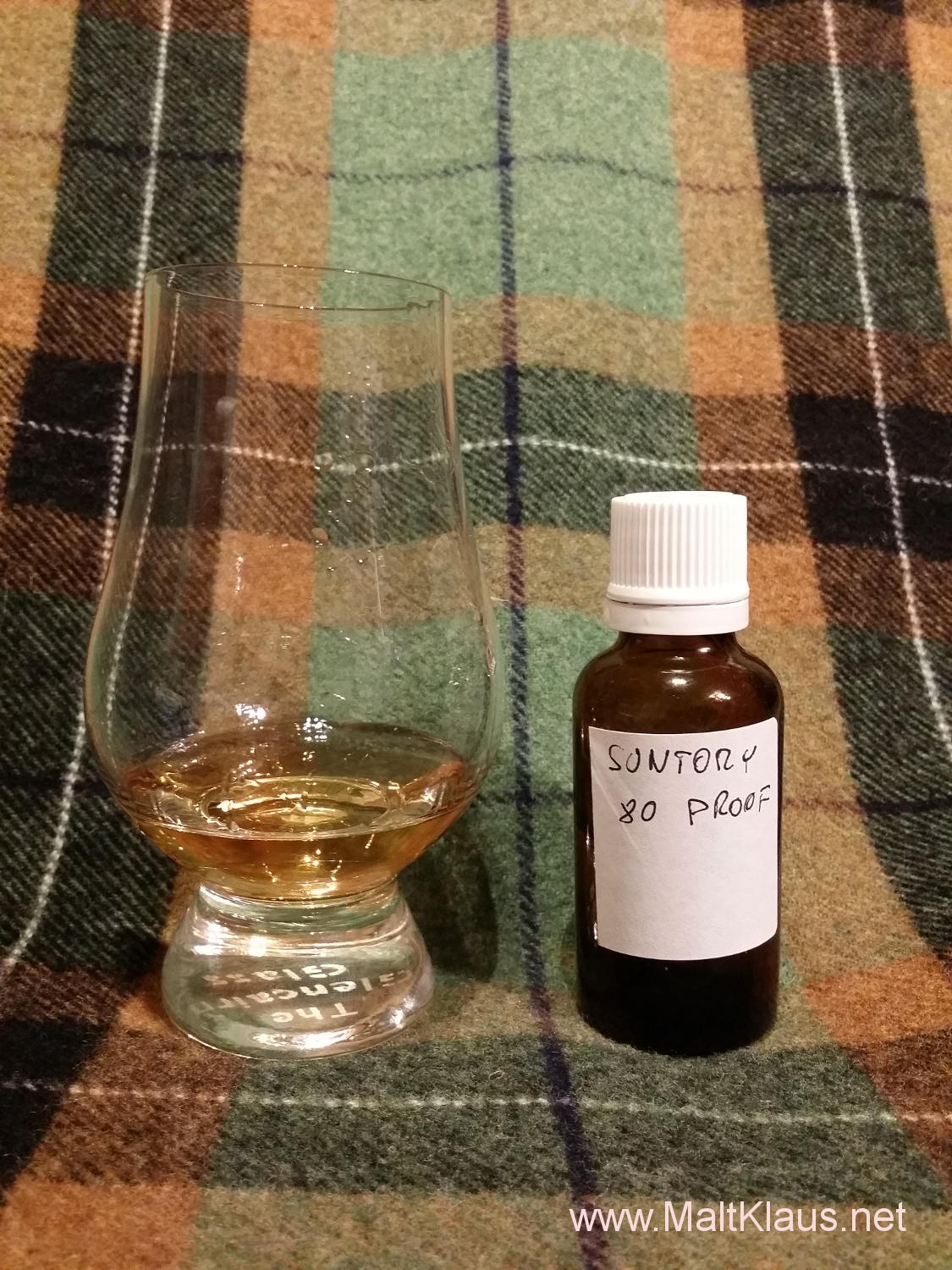 Tasting notes:
Colour: orange gold
This is, according to this source, Japan’s #1 whisky (Please correct me if that’s wrong…). Does that make it the Johnnie Walker Red Label of the Japanese whiskies? Easily quaffable, but nothing special? Only one way to find out!
The nose opens on the light and sweet side. No loud spirity grain, as I feared, that’s a good start! Honey, light citrus (or, rather, sweet orange), tinned tangerine, vanilla, some toffee, a whiff of pickled ginger and a bouquet of flowers you bring home to the missus when you need to apologise for something. Well, maybe a hint of bitterness, but that’s hard to pin down. Quite pleasant, actually, definitely not “old and aged”, but it’s got a quality and a moderate complexity to it, I have to say. The palate is…. oddly alcoholic on the arrival, but empty at the same time. When it first hits the tongue it’s flat, then comes the alcohol and when that dries down you get a lot less character than on the nose. Now there’s that young grain whisky character, slightly green, slightly sweet, definitely not a pure malt whisky. Still quite mouth-coating with that green-sweet combo, though, which is good. Flavour-wise we’ve got pickled ginger, vanilla,  past-due orange, dried flower petals (huh?) and a bit of toffee. But the young grain dominates the palate – especially if you exhale through the mouth. Bit of a shame, we were off to such a good start. Oh, this gets worse over time on the second and third sip. Let’s check the short to medium finish. It, too, is dominated by young grain. Slightly nippy upon swallowing with that young, green, herbal-sweet (like sucking the nectar out of sweet clove flowers) character again – which takes a few seconds to appear after swallowing. Other than that there’s a hint of orange, a 1/16 of a toffee piece and a hint of ginger.

Verdict:
Well, this is the Johnnie Walker Red label of Japanese whisky then. Grain-dominated, young, pleasant enough to drink and mainly made to be an ingredient in a mixer or enjoyed as a very lightly flavoured drink when diluted with melted ice. I have no idea what it costs in Japan, but at European prices of 30-60€ (on a quick glance) not really worth seeking out here, even though it might be a novelty and there is a Japanese whisky craze going on…

Thanks to Manny for the sample!