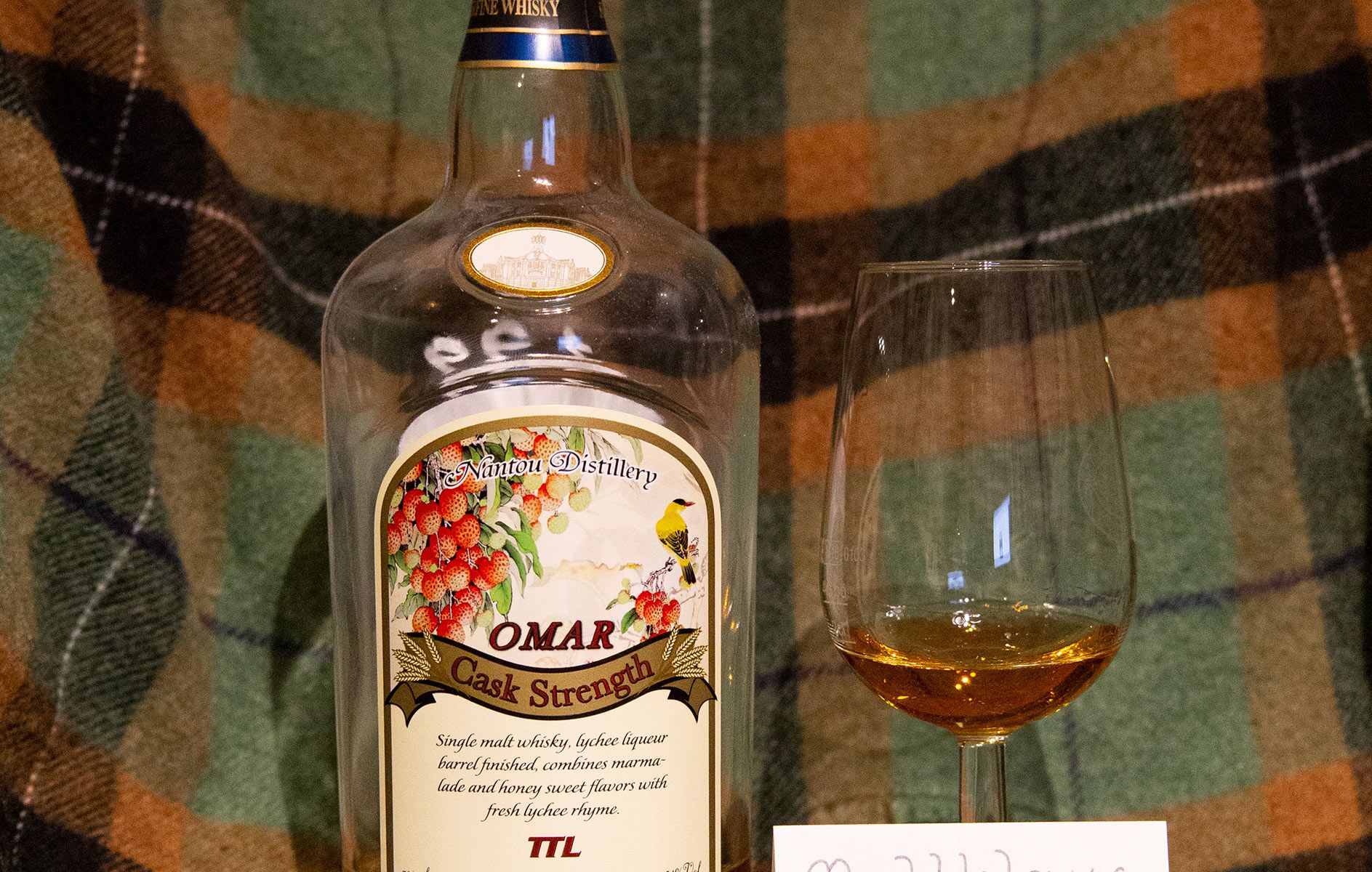 No, I didn’t make that title up: This is indeed a review of a Taiwanese whisky, finished in lychee liqueur barrels. Made by the state-owned Nantou distillery, this might sound decidedly strange at first, but then again even Scotch distillers these days mature their whisky seemingly in anything they can get their hands on just for the sake of novelty value and ten seconds of online buzz… By the way: Google is coming up empty when searching for “barrel-aged lychee liqueur” so I have no idea if this is indeed a thing or if they did what most distilleries do these days: Order casks with bespoke seasoning done specifically for them… So, let’s dive right in and see what this is all about. 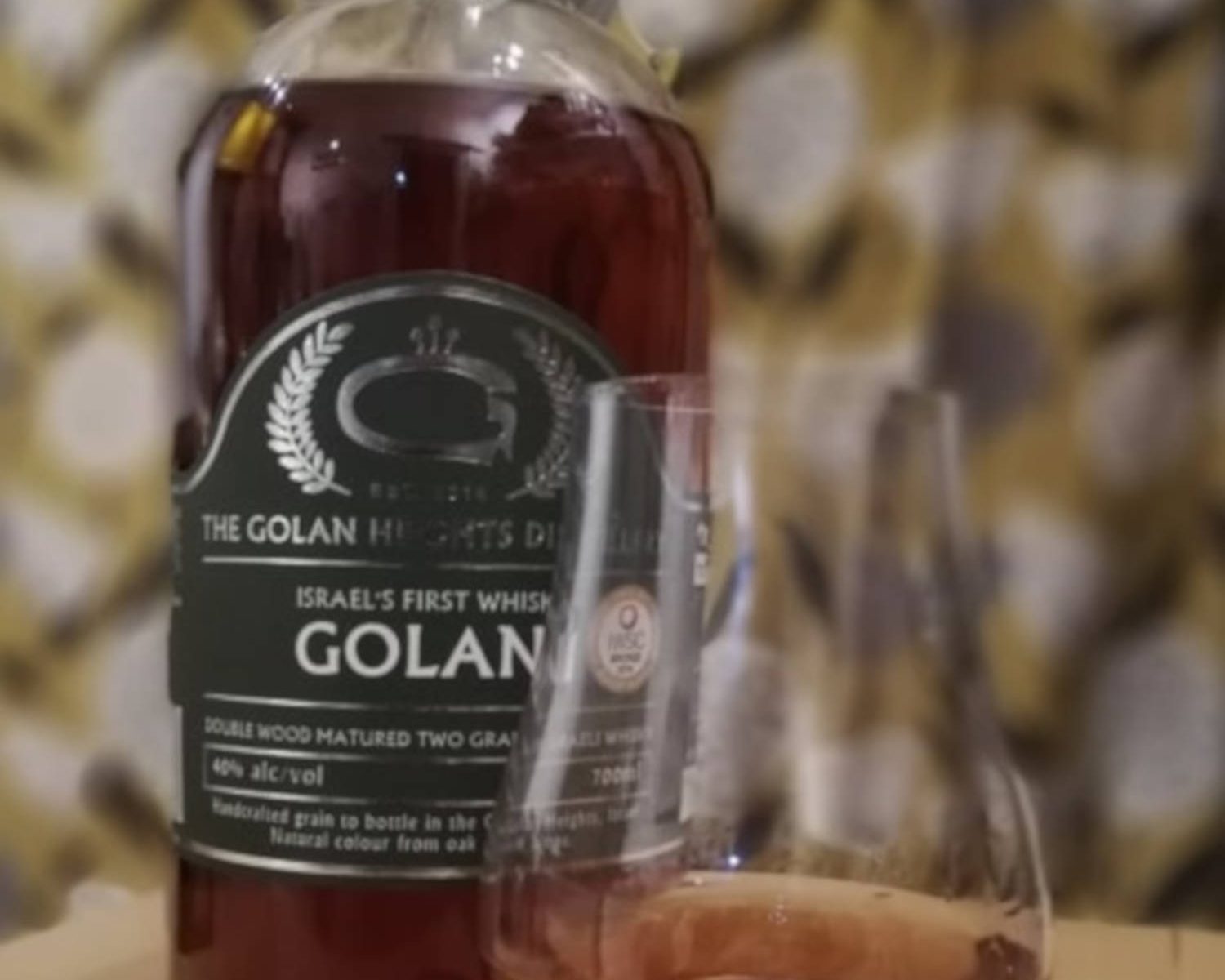 Produced from malted Concerto barley and local wheat, and distilled in small batches using traditional copper pot stills, at an elevation of 1300 feet above sea level, Golani is branded as Israel’s first whisky. It won bronze in the Whisky – Israel – Grain – NAS – 40% category at the IWSC 2018. 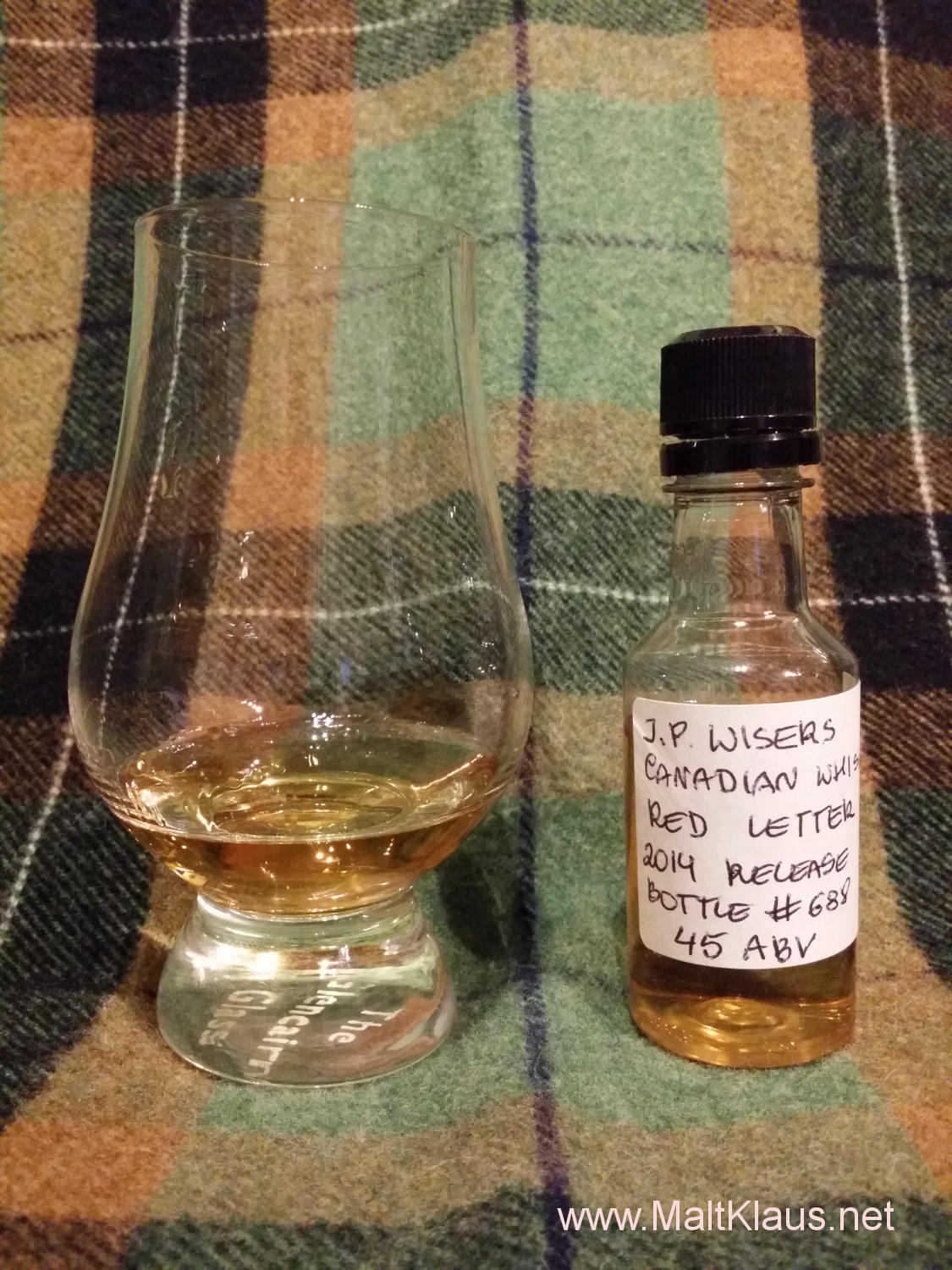 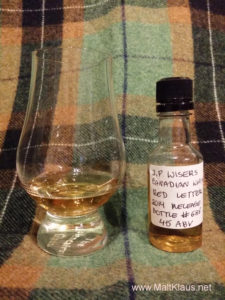 Tasting notes:
Colour: red gold
The nose starts out with a whiff of alcohol followed by loads of vanilla (scraped vanilla pods) and fresh oak – thanks to the virgin oak finish. In fact, the vanilla and oak mix reminds me of sniffing fresh bourbon barrels after arriving in Scotland for filling. A fresh cask-driven spirit. But what else do we have? Mixed spices (cloves, allspice), a touch of forest honey, caramel and a hint of tonka bean give the very “modern type” whisky enough backbone so it isn’t just oak and vanilla. END_OF_DOCUMENT_TOKEN_TO_BE_REPLACED 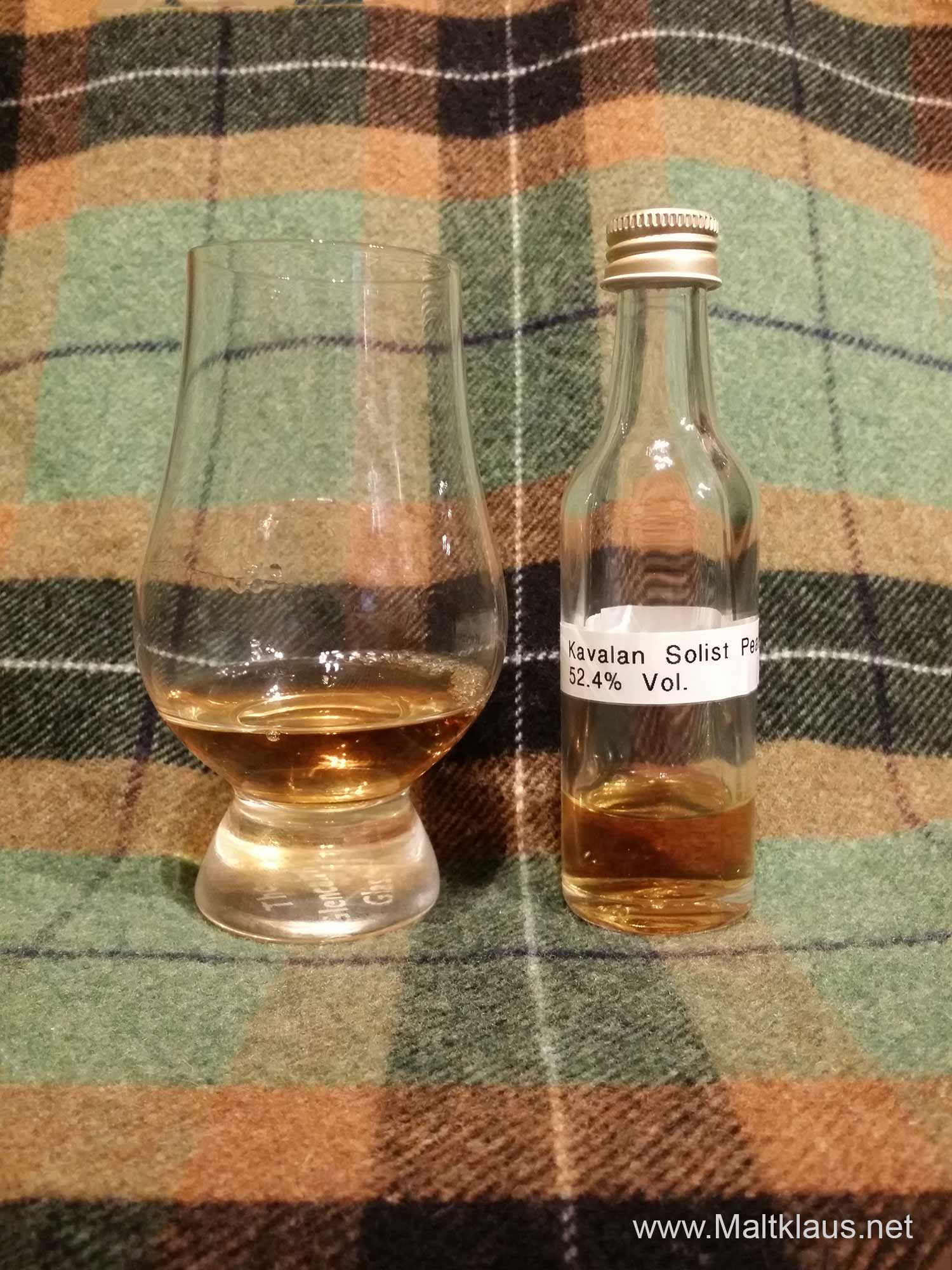 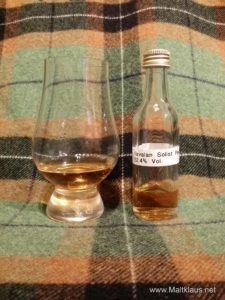 Tasting notes:
Colour: dark wood honey – quite dark for a young whisky matured in refill oak casks
The nose is quite strong on the alcohol on the first sniff. And on the second. On the third nosing the aromas finally get through. A hint of peat smoke on top, if you’re looking for it, with a fleeting whiff of Chinese tiger balm (mostly the eucalyptus and menthol talking). Slightly burnt butter cookies, dark cherry juice with cracked stones, sweetened virginia pipe tobacco, old leather, gentian and mixed spices with black pepper, ginger and chili powder on top with an ever-present oaky base note – probably a tad too loud even? END_OF_DOCUMENT_TOKEN_TO_BE_REPLACED 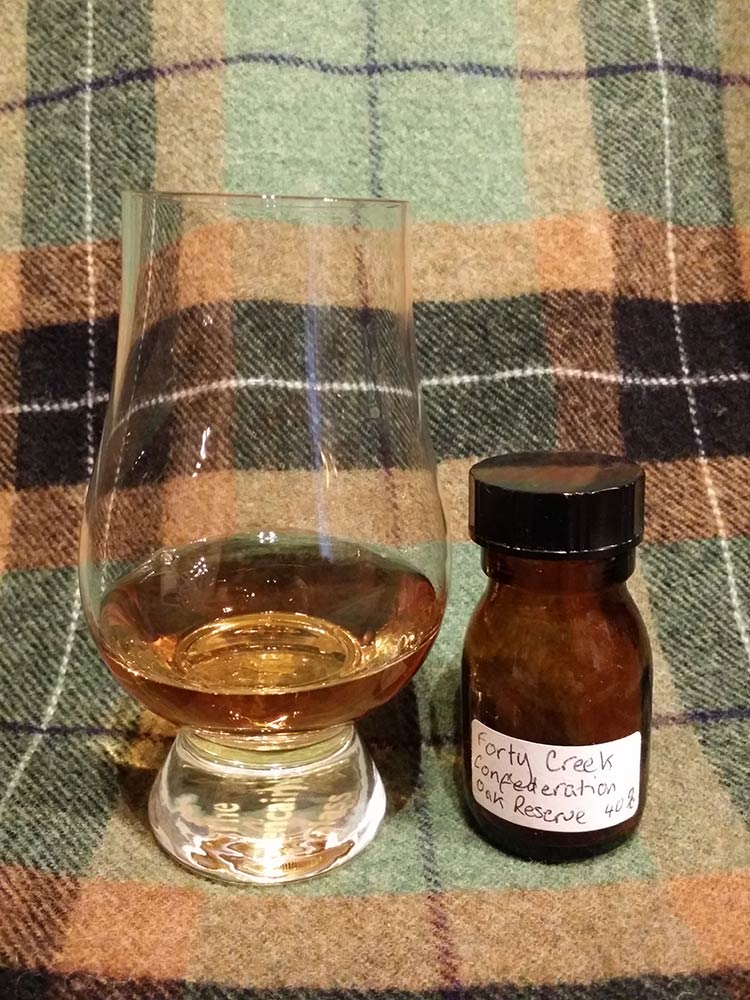 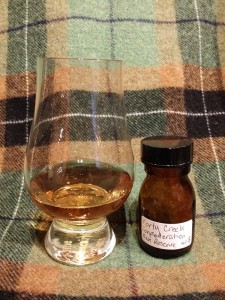 This is a special tasting today in honor of whisky blogger Johanne McInnis’ birthday today. She gave a bottle of this Canadian whisky to my friend Jo Lawson, who in turn gave me a sample so Jo and I decided to do a joint tasting blog post on it. 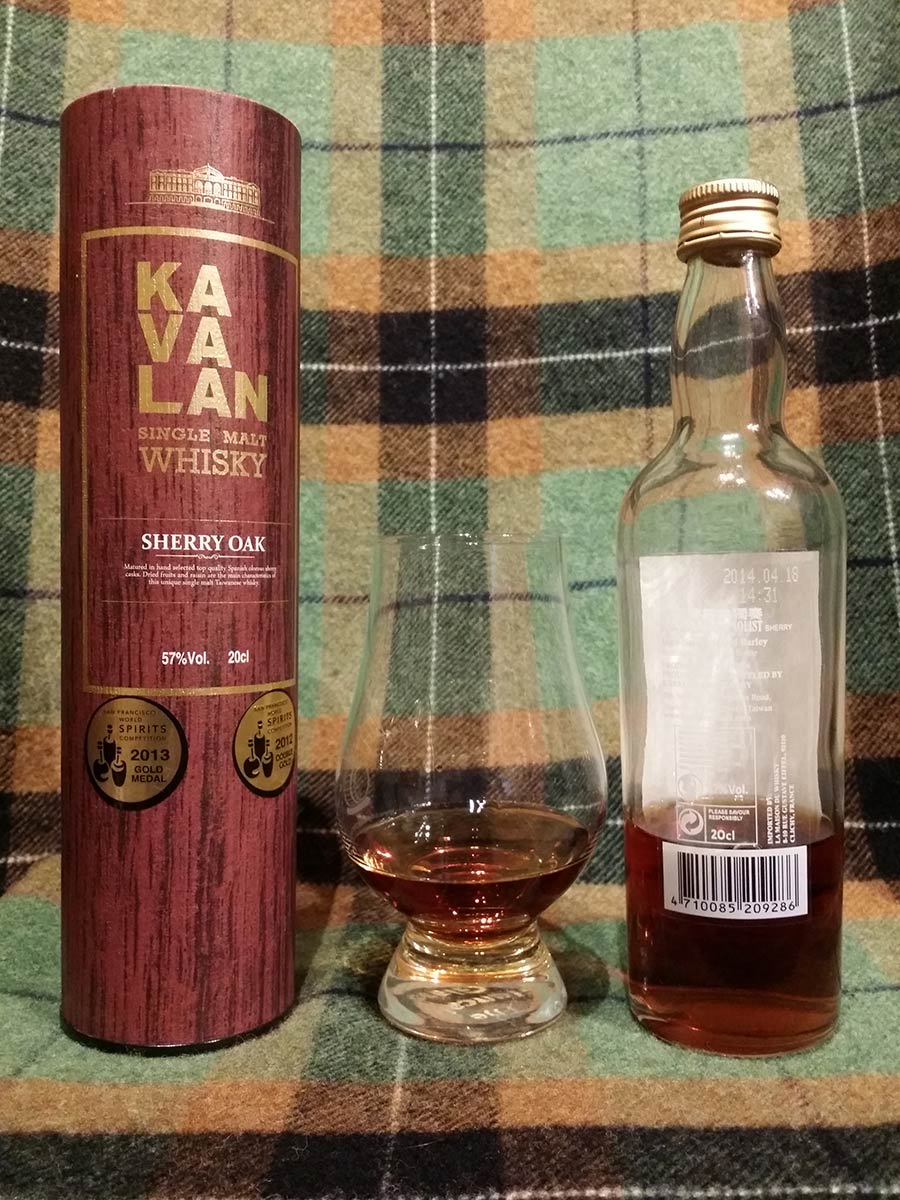 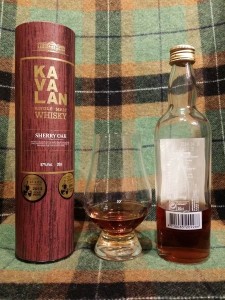 Tasting notes:
Colour: mahogany
Finally on my table and in my glass – the much talked-about Kavalan Solist Sherry Oak whisky. Time to find out what all this hype is about! The nose opens with a noticeable alcoholic note – no wonder at 57% ABV. Underneath the alcohol are intense ex-sherry aromas from supposedly real 20-year-old ex-solera system sherry casks! Don’t even bother looking for the distillery character – that’s a dry sherry cask driven dram! Right, about 10 minutes have passed now – the alcoholic note moved a bit to the background, so let’s see what we can get: Very intense! Full-on! In-your-face! Lots of dried dark fruits, mostly dates and figs but with a dry sherry note on top. END_OF_DOCUMENT_TOKEN_TO_BE_REPLACED 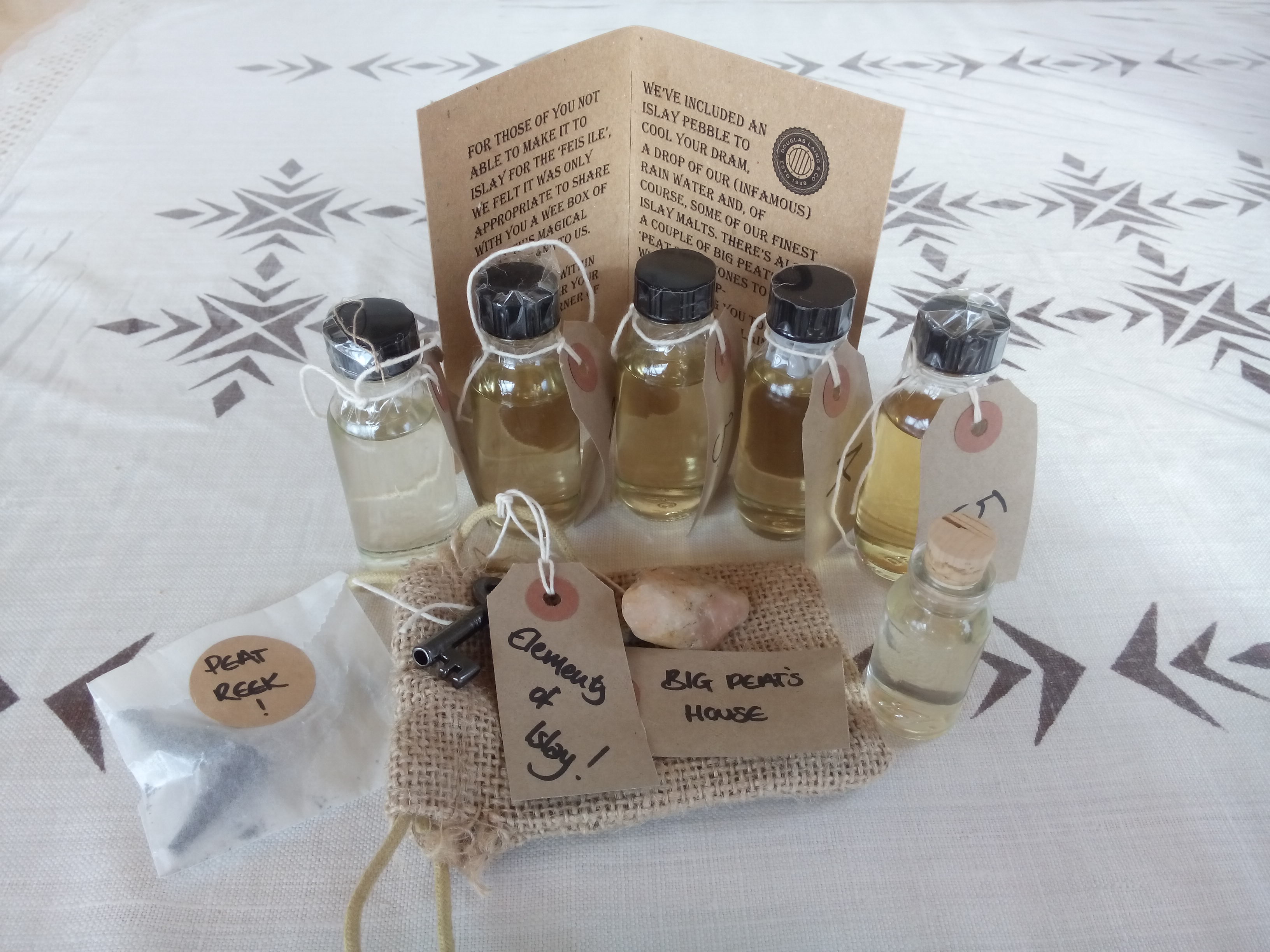 I was selected as one of the lucky tweet tasters for the Douglas Laing @DLaingWhisky #BigPeat tweet tasting hosted by @TheWhiskyWire on the eve of the 21st of May 2014. Big thanks to DouglasLaing, Steve Rush and all the fellow tweet tasters for the great evening! Worthy of a repetition in my book!
In preparation for the tasting we all received a lovely little package from Scotland (see picture on the right). It contained five mystery samples (which were tasted blind) and a few assorted goodies like a bottle of rainwater, peat cones (to fill the air with lovely peat flavour), an Islay pebble to chill our dram on hot summer days and a mystery key to Big Peat’s house (still waiting on this mystery to be solved…) – all in all a very lovely package – very well thought out!

Without further ado, here’s my tasting notes for the five drams: END_OF_DOCUMENT_TOKEN_TO_BE_REPLACED 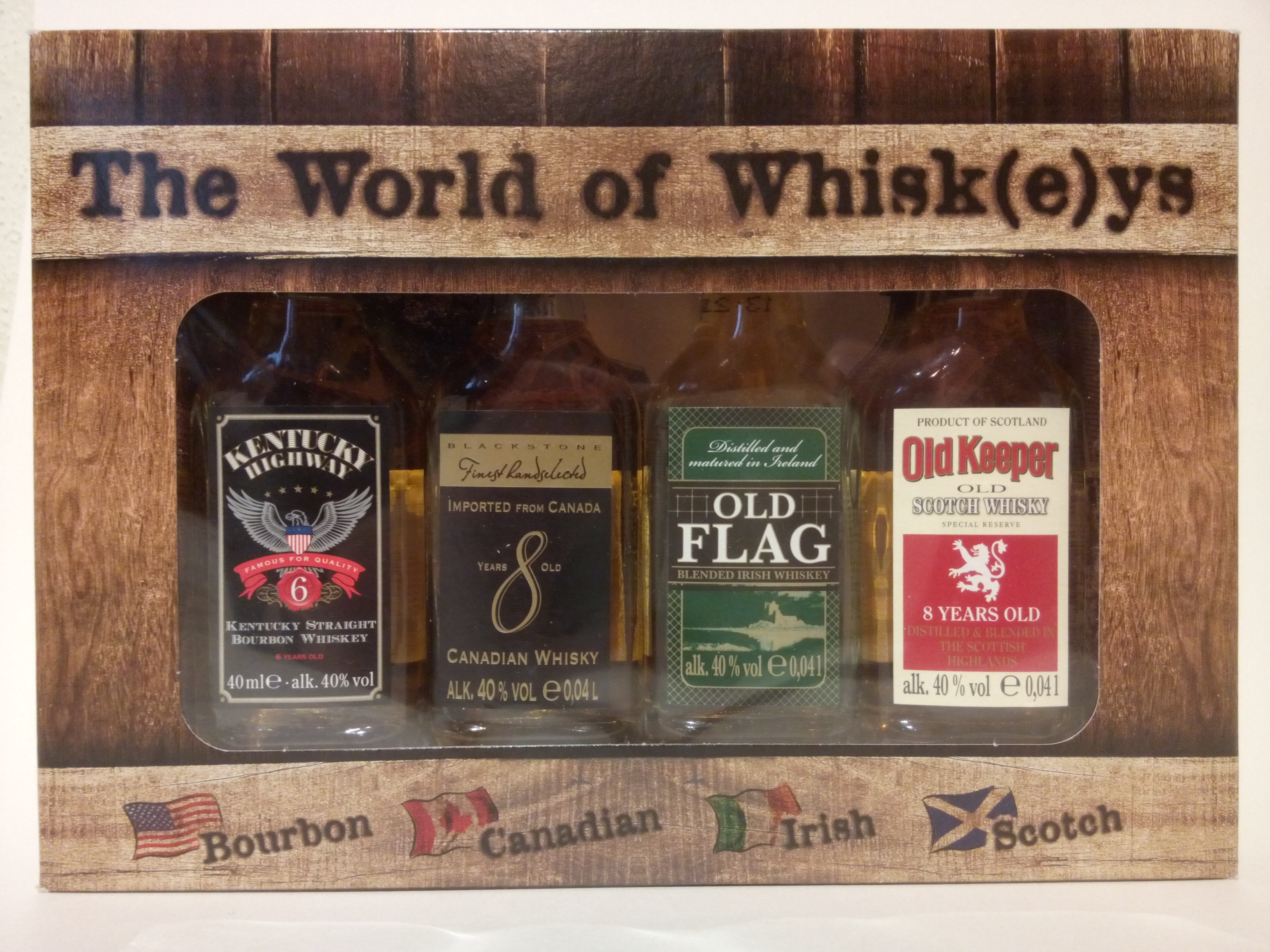