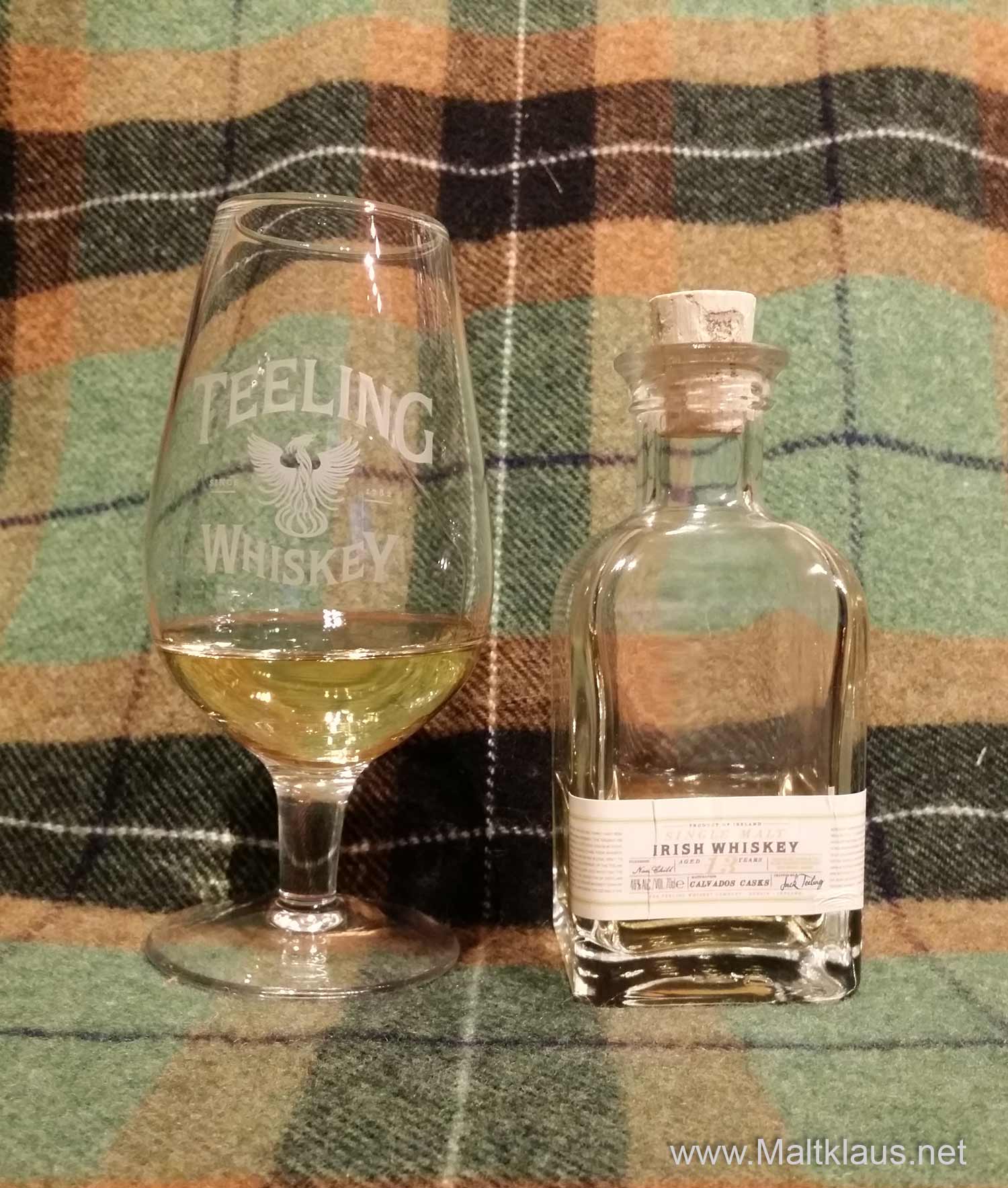 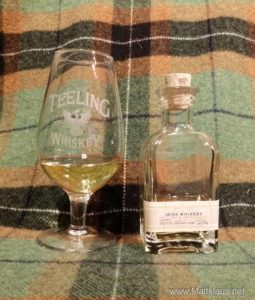 Tasting notes:
Colour: golden white wine
Calvados-matured/finished whisk(e)y is a very uncommon thing. Apart from a Springbank, which I really liked, and sadly didn’t review, I don’t think I’ve ever had another. Until today, that is, tasting this Irish whiskey by the Teeling company, finished for a year in Calvados casks after an initial 12-year bourbon maturation. What do I expect? A few apple-ish notes and perhaps spices from the French casks (if they used French oak, that is…) Let’s stick the nose in! Light, with a whiff of alcohol (though that might be the glass with the very narrow opening) and, yes, light “continental European” fruits. Ripe red apples, red, juicy pears, also baked apples stuffed with cinnamon sugar and a clove or two, slightly grassy apple peel, cake frosting with a splash of lemon, mixed tinned fruits in glucose syrup.

Not a loud whiskey at all, the Calvados cask notes integrate very well with the light distillate. A summery nose even. Yes, I’m typing that enjoying a warm evening on the patio. Onto the palate now: Oh, stunningly mellow on the arrival, the alcohol takes quite a while to make an appearance, preceded by notes of sweet apples and pears with orange juice and a touch of zest sprinkled on top of them. A nippy alcoholic note comes and fades again rather quickly, leaving a slightly sweet, slightly dry mix of apples and pears with a touch of cinnamon and cloves. Apple strudel anyone? With pepper on top and a touch of chilis and pickled ginger. Light-ish, yet mouth-coating and sophisticated enough. Once again, more of a refreshing summer dram. The medium long finish is slightly spicy with a chili catch upon swallowing, immediately followed by an apple and pear fruitiness with a sugar-reduced cake icing sweetness. Getting drier as time goes on with more spices appearing towards the end.

Verdict:
A rather light and fruity but neither unsophisticated nor simple dram – true to the Irish style (even though Cooley did a double distillation for their pot still whiskeys unless I’m misinformed). It perfectly suits the summer in Austria when the first apples are ripening (which is still a bit off, but hey, who’s asking?). The Calvados barrel finish certainly has its influence on the spirit, but in a good way, by no means taking over the way a heavy first-fill Port or Sherry can do. Same malt mark as their Rum-matured Revival I. The whiskey will be available internationally soon, 10.000 bottles should last for a bit, considering the price point of roughly 100€, which is quite high and my only point of criticism…

Thanks to  the Teeling whiskey company for sending over the surprise sample for review!