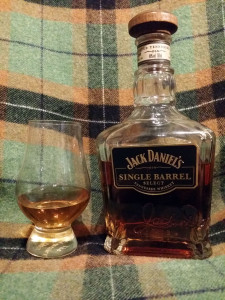 Tasting notes:
Colour: amber
With single malt prices going up, up, up, it’s well worth looking at malternatives. I consider this a malternative. Whether it’s an alternative remains to be seen – so let’s stick our nose in! Oh, hello there, acetone! It’s not officially considered an off-note, but I don’t like it – at least it’s only light and vanishes after about 15 minutes in the glass. Phew. A high-corn mashbill meets a fresh cask – strong vanilla flavours with sweet corn, caramel, molasses, burnt sugar and rye spices. Light, typical and “smoooooooooth” lacking depth and finesse but without any offensive or off notes. Prototypical “standard” stuff. On to the palate. Alcohol dominates, aromas are a bit weak – it makes the whiskey taste like a standard 40% one, but with 5% added raw alcohol. As I said, unoffensive and smooooooooooooooth after the initial alcoholic influence wears down. Vanilla, caramel, sweet bitter chocolate, strong sweet-sour corn influence, burnt oak chips, toasted orange peel and dry rye spices. Very straightforward.  The medium-long finish is quite dry, spicy and a tad alcoholic upon swallowing with corn syrup sweetness, caramel and rye spices appearing afterwards.

Verdict:
All in all very straightforward and quaffable, smooth bourbon. Err, I’m sorry, I mean Tennessee whiskey. No off notes (well, there’s acetone on the nose but that’s not officially considered an off-flavour), if this were the standard mass-market stuff, I’d drink it more often if there’s no Scotch at a bar. Alas, this is a single barrel bottling. The advertising department writes “finely crafted from a single barrel, which has been individually selected by our master tasters for its unique taste and smooth and aromatic character”. Errrr… right. First of all: How do you “craft” a whiskey “from” one single barrel? You filter and bottle it, period. Where does the craft come in at this stage? *sigh*. Smooth I’ll give them, yes, but unique? Nope, good, yet bog-standard bourbon, errr, Tennessee whiskey. Ah well, never believe what’s written on these labels! In the end a tasty whiskey,not really expensive (yay!), easily quaffable on its own but not wasted in a cocktail or on ice either.

Cheers to my brother Johannes for the sample!