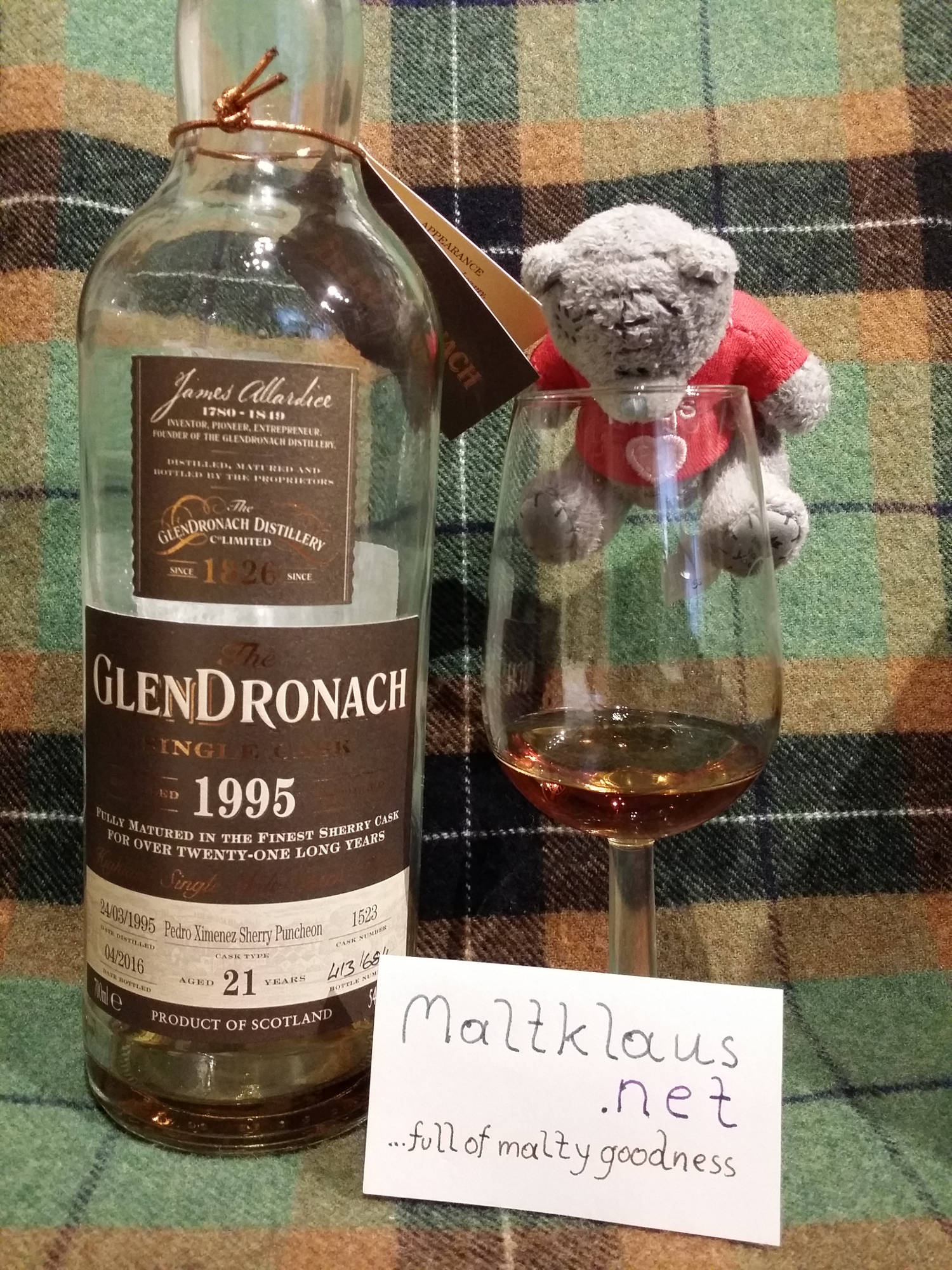 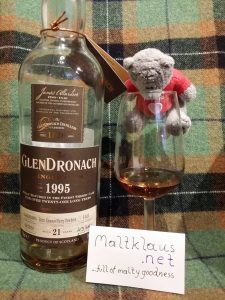 Glendronach in Sherry, what else? And matured for “twenty-one long years”. Well, thank god, because I hate whisky that’s matured for a number of short years! Anyway, let’s get on with it!

Tasting notes:
Colour: amber
The nose has quite a lot of alcohol sitting up front – and a load of dark aromas lurking behind. Burnt sugar (Demerara), molasses, old Caribbean rum, burnt caramel, raisins, 100% cocoa chocolate-covered orange peel. A lot of “dark” aromas, not much in terms of sweetness (as one would expect from a PX Puncheon). A tough one, it does have its qualities, but it doesn’t seem to connect with me.  Let’s see if it’s the same on the palate!

Rich, oily and full on the arrival. Still packing quite a punch, but a lot more balanced than the nose! Hallelujah! Now we’ve got rum-infused plums, raisins and sultanas in tandem, chocolate-covered orange peel, molasses caramel and a touch of mixed oriental spices on top (cloves and allspice). Very agreeable indeed! The long finish is big upon swallowing, with a nice mixture of alcohol, oily dark fruit sweetness and aforementioned spices. A touch of cask smoke makes an appearance as well, which isn’t unwelcome. It just fades away gracefully.

Verdict: Now that’s a rare occurrence! For me it’s usually the palate that disappoints after an enticing nose – this one is the exact opposite. A nose that left me indifferent, but a palate and finish that offer a huge improvement, providing a good balance between dark fruity sweetness, cask spices and what’s left of the spirit’s character. Not a cheap bottle at around 170€ when it was released too, but which Glendronach single cask bottlings ARE cheap? Coincidentally (and for what it’s worth) my final score is exactly the same as the one it got in the MMA2016 awards, which are the source of the dregs bottle I used for reviewing…