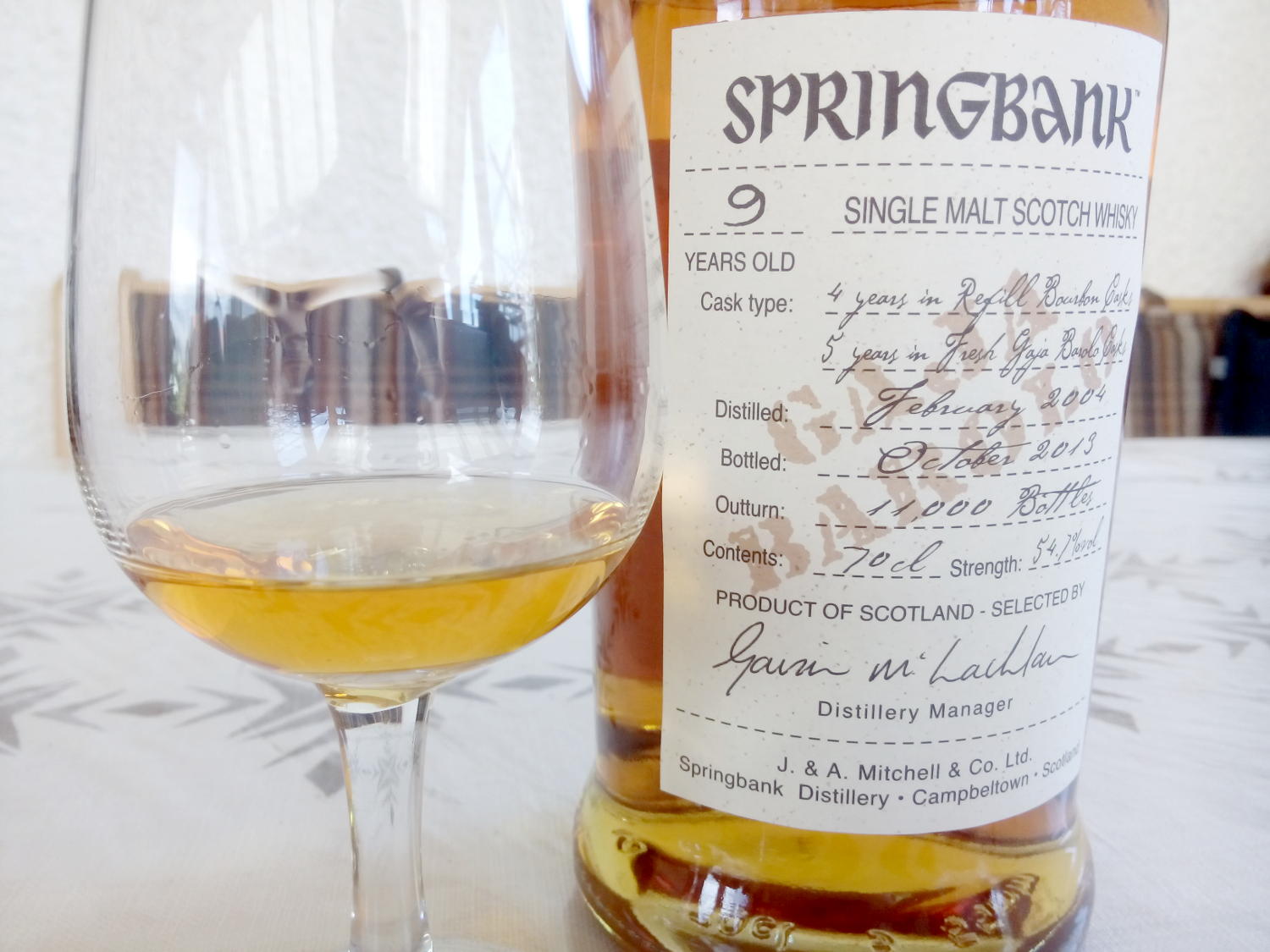 Tasting notes:
Colour: dark, golden honey. The nose is noticeably different from the usual ex-bourbon or ex-sherry matured whiskies – the Gaja Barolo casks have done a good job at hiding most of the flavours from the initial ex-bourbon maturation and imparting their own style. A pronounced citrus-influenced, honey sweetness, ginger sweets, glazed banana chips, the usual medium-strong and well-integrated Springbank smoke, some wood spiciness, milk chocolate. On the palate there’s an initial hit of alcohol (no wonder at nearly 55% vol.) followed closely by an immense sweetness. The addition of water (it’s a swimmer!) tames the alcohol but doesn’t reduce the sugary, honey sweetness, paired with spices and quite a bit of (continental) smoke. Very potent and still a bit youthful stuff indeed – running around and dancing like any 9-year-old on a sugar rush would 😉 . The finish is also quite powerful with a lingering caramel-honey-sweetness with (very pleasant) wood notes arriving a bit later.

Verdict:
This is the end. Well, of Springbank’s “wood expressions” series that is. This dram was provided by my brother and I had to get myself a bottle of my own as long as they’re still around. It’s not the most complex Springbank I’ve ever tried, it’s still a wee bit youngish but at the same time the very unusual Gaja Barolo cask maturation makes for a very intriguing and satisfying dram. Something quite different from the usual stuff and I have to commend Springbank for thinking outside of the box and trying all these different things.