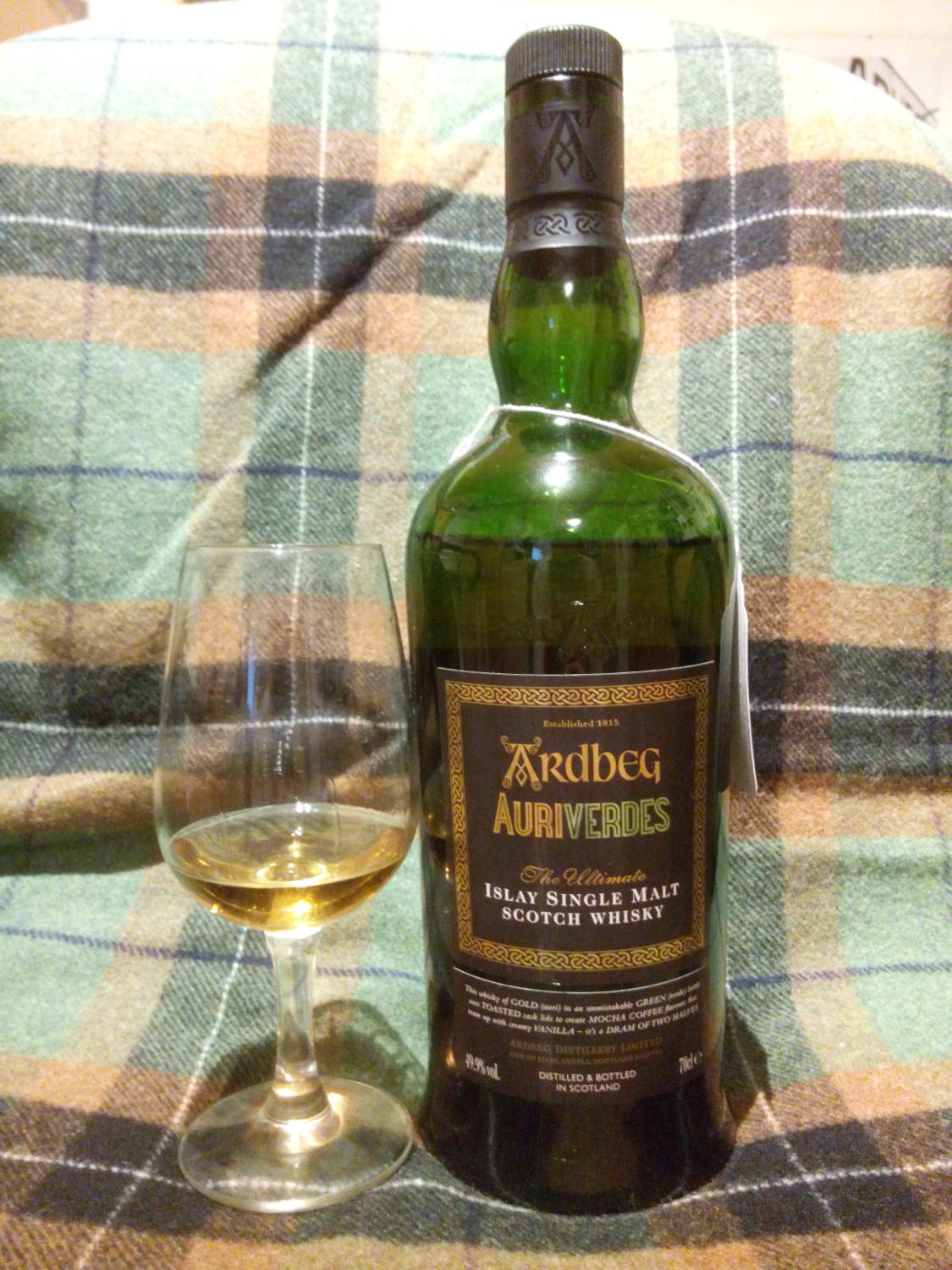 Tasting notes:
Colour: Red gold. The nose is typically Ardbeg. Salty, briny, iodine, burnt newspaper, ground coffee, vanilla sweetness. A bit more burnt vanilla than the standard Ardbeg Ten, but that’s the only cask influence I can detect. Liquorice, honey and caramel in the background. Not much fruit going on here – quite young, fresh, slightly herbal and lively.  The palate is oily and teeth-coating, (toasted) vanilla sweet with cold burnt coal, more brine, salt, seafood, forest honey, black coffee, dark bitter chocolate  and a wee bit dry. Give it some time in the glass and it gets sweeter and sweeter. The finish is of medium intensity and length, throat-coating and warm, oily, iodine, salty, lots of (cold) smoke revealing the youthfulness of the spirit. I can’t detect any oak influence in the finish at all – which comes as a surprise as I was expecting more due to the specially toasted cask ends.

Verdict:
So, this is it, the over-hyped, over-priced annual Ardbeg day release which makes thousands of people around the globe go ballistic and smash each other’s head in to secure a bottle. This year round they aged the spirit in specially selected ex-bourbon barrels with specially toasted cask lids – which usually remain untoasted. I tasted it three times before finally sitting down to write the tasting notes. One of those tastings was a comparison between Auriverdes, Ten, Uigedail and Corryvreckan – fighting out the semi-finals so to speak. Comparing them side by side I cannot see why people say Auriverdes is just like the Ten and not much different from it. It is different, very much so. It has more toasted vanilla and caramel – so the casks did have some influence and it is, overall more complex with different underlying notes. Is it better than the Ten? Yes! Is it three times better (or even more, if you’re unlucky), given the price difference? Hell no. If my tasting of the four Ardbeg expressions was like football semi-finals then the Ten and Auriverdes would have both been sent packing. The final match would have been a playoff between Uigedail and Corryvreckan with Uigedail winning on penalties. Don’t take me wrong – Auriverdes is a very fine dram, but it loses in price, flavour and complexity against the widely available Uigedail and Corryvreckan. I can’t help the feeling of Auriverdes having been bottled prematurely, it could use a bit more oomph, depth and cask influence to warrant being bottled as a (ultra-)deluxe-priced, limited special release. A must have for Ardbeg collectors – not so much for those looking for great drams at affordable prices.