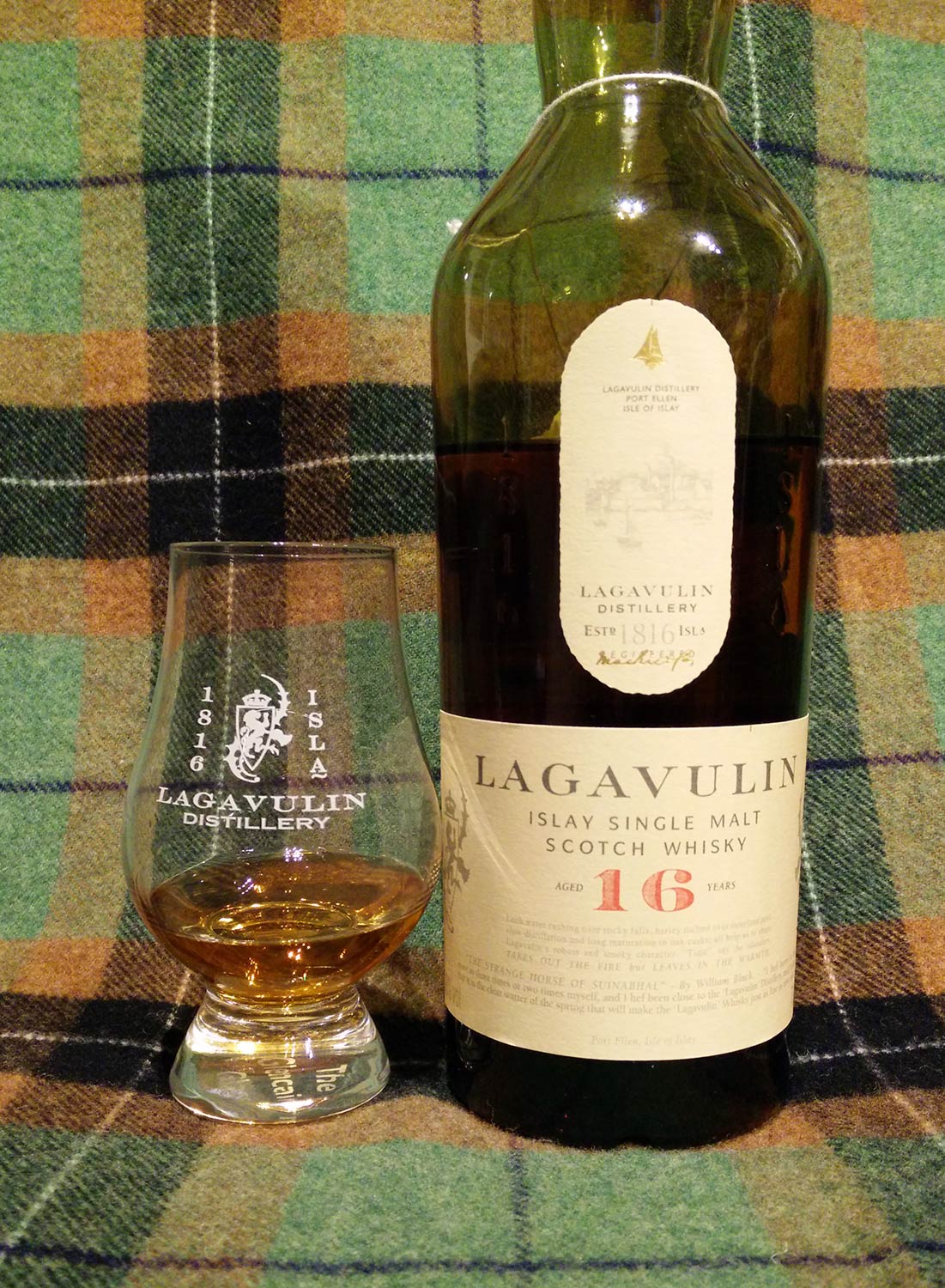 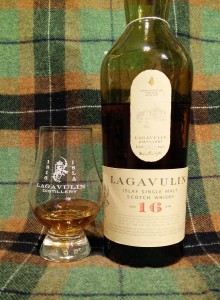 Tasting notes:
Colour: fake reddish amber
The nose is everything Islay is known for. Initially a welcoming (or off-putting to some…) mixture of iodine peat smoke with sweet caramel pudding. The salt takes a bit of time to fight through, but it appears eventually. After a few minutes in the glass the smokiness settles down and a complex layer of previously subdued aromas appears.Strawberries (artificial strawberry aroma to be precise), vanilla, cocoa, dark chocolate, lightly roasted coffee beans, old leather couch, orange and grapefruit oil. Although there are these dark, mysterious notes to be found, the lighter elements actually dominate – while there are some sherry elements in the mix, the ex-bourbon casks are on top of things*. One aspect I have noticed over repeat tastings is the nose being at its best during the first five minutes after pouring, it actually flattens out if you leave it sitting for too long. Adding water brings out the sweetness a little more. The palate is typical for Islay as well, you couldn’t misplace this dram in a blind tasting. Initially a big hit of peat smoke, but a bit more gentle and soft than Ardbeg and Laphroaig, followed by a noticeably salty, iodine, tangy seaweed flavour, making it a tad bitter in style. Not much sweetness on the palate, rather dry actually. Dark roast coffee, black crushed pepper, freshly mown grass, motor oil and damp bandages. The long and lingering finish is initially spicy, salty, with iodine-smoke and seaweed but also on the dry and bitter side just like the palate.

Verdict:
The Lagavulin 16-year-old is a very reliable standard bottling, stable both in taste and price. I’ve tasted it on several occasions throughout the years and batch consistency seems excellent – thanks to using refill bourbon casks, I guess, which aren’t as unpredictable as first fill ones. You either love it or hate it due to its distinct smokiness and the salty, herbal, bitter taste.
Many people rate it 90+ and while it is a high quality dram – especially for being the standard bottling of this distillery – it would need just a little bit more oomph, complexity and finesse for me to warrant such a score. Anyway, this is criticism on a very high level – if you love smoky drams from Islay, you can’t go wrong with this reliable Lagavulin 16, especially for the price asked.

*According to first-hand information from Lagavulin’s Iain McArthur at the warehouse tasting a batch of Lagavulin 16 consists of “30-odd refill bourbon [Ann: hogsheads?] and 1/2 Sherry hogshead”