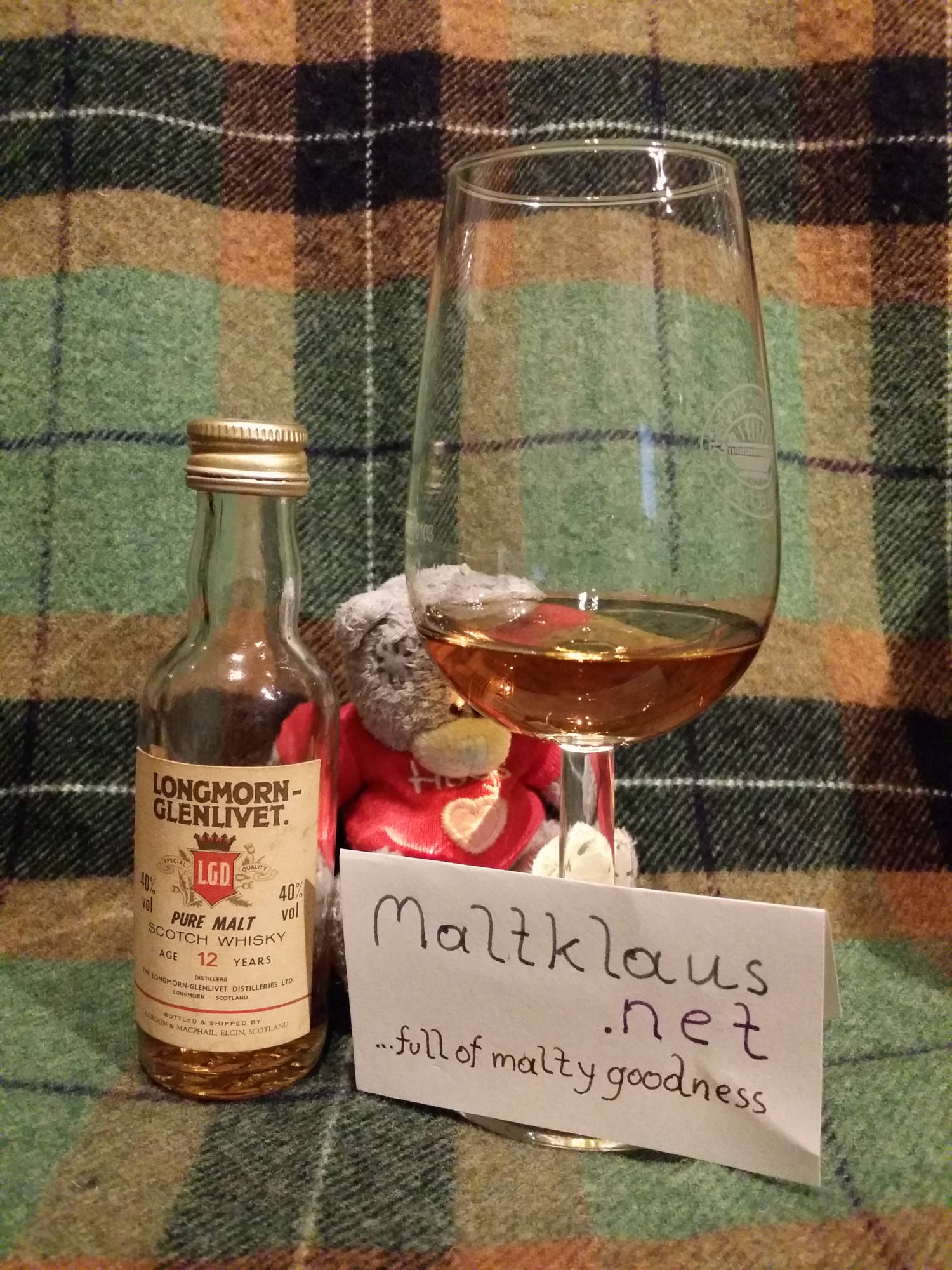 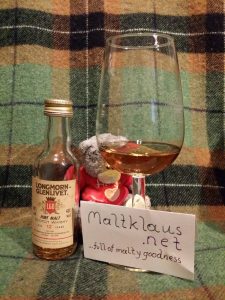 There are things you just can’t say no to – like this wee old miniature bottle of whisky I stumbled across in Arkwright’s Wine and Spirit shop earlier this year. Who would pass on the opportunity to experience what whisky bottled decades ago tasted like? This was bottled in the 1980s as a licensed bottling by Gordon & Macphail, distilled in the 1970s – some of the new make might have even been produced when Longmorn was a distillery with only two stills and those were fired directly. Back then what we now call “Single Malt” was called “Pure Malt” and distilleries proclaimed their region by attaching “-Glenlivet” to their name. Those were the times – and they are now bottled history! Anyway, all of that means almost nothing if the whisky is bad, so let’s dive right in!

Tasting notes:
Colour: amber
The nose features a surprising amount of alcohol for a 40% whisky. Once the alcohol settles down, a dry, layered, spicy, sherried whisky is revealed. We’ve got orange peel, ginger, nutmeg, a whole truckload of cloves and cinnamon and dusty beeswax on a base of dried apricots and sulphured sultanas with a smidgen of motor oil on top (the good kind, you know…). Nicely layered and balanced, not flabby at all. We’re off to a very good start here.  Let’s check the palate!

Oh! Interesting. The alcohol is still strong with this one – we’re on pepper, ginger and orange peel territory here initially. Very active wood involved here – loads of spices (cloves, cinnamon, nutmeg). The base behind these brash initial notes does lag a bit behind, it’s where the 40% bottling strength become somewhat noticeable in the end. Yes, the beeswax, the dried apricots and the sultanas are still there and so is the old motor oil. Texture-wise it’s on the dry side, but still oily, coating the entire mouth. Very enjoyable.
The long finish has a touch of soapiness and alcohol upon swallowing which swiftly get taken over by ginger, caramelized oranges, touches of dried apricots and sultanas before the long-lasting, dusty spices and a pinch of oil kick in that carry it till the very end.

Verdict: Oh this took me by surprise! At a mere 40% ABV and given a somewhat low fill level I expected it to be flat but was rewarded with just the opposite. A very nice, layered, heavily sherried whisky with undeniable spicy European oak influences that packs a punch and punches above its weight. In a blind tasting I’d put this at 20+ years of age – and, who knows, as it was bottled in the 80s when the industry was facing tough times and distillery closures, it might contain whiskies far older than 12 years. Anyway, a very rewarding dram that’s worth seeking out!