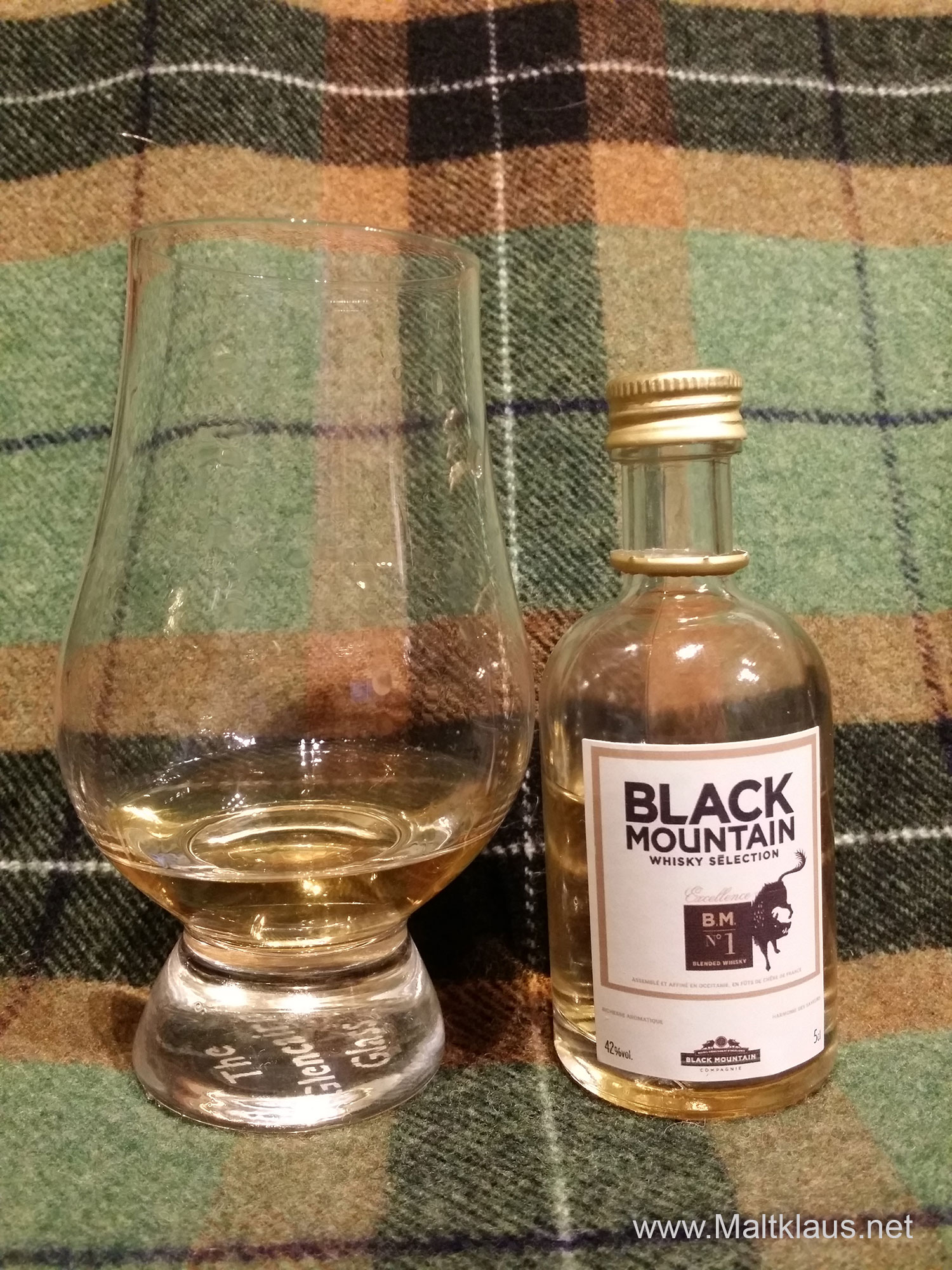 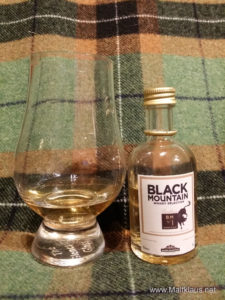 Tasting notes:
The story behind this dram is certainly interesting. I hope I’ll get it right, I’m relying partly on an automated translation of the French website. The French “Black Mountain Compagnie” seeks to build their own distillery in the national park of Haut Languedoc in the coming years. For now they’re maturing and bottling Scotch – in France. This blend “No 1” has a high malt content and the youngest whisky is 9 years old, which is quite high for a blend. After being reduced to a marrying strength of 45% they’re maturing it in casks from the south-west of France previously used for French spirits (Cognac? Armagnac? Brandy?) for a period of at least six months before it’s being bottled at 42% ABV. Well, let’s taste it!
Colour: (slightly red) gold
The nose is light and delicate. A dominating slightly green grape note with crushed grape seed bitterness. That’s the influence from the ex-Cognac/Armagnac/Brandy cask maturation/finish. A whiff of spicy French oak, green banana, oxidised green apple, freshly mown grass, lovage with molasses and honey in the background.The palate is equally light on the arrival, but not without substance. Silky and rounded. Could use a bit higher strength in my book, but it’s designed to be very accessible and pleasing, that’s certainly achieved here. Perhaps it’s just my mind playing tricks here but the initial aromas are rather cognac-ey. Cask influence? Grape sweetness, light cask spices, banana, red apples, green apple peel, diluted honey and just a dash of orange zest – a very tightly woven net of light, fruity and slightly spicy aromas without too much sticking out, as a good blend should be. The medium-long finish is, once again, a light, sweet, silky mixture, it glides down very gently, revealing notes of honey, grape juice with crushed seeds and slight cask spices following towards the end.

Verdict:
The four guys behind the Black Mountain Compagnie have started experimenting with their whiskies before they’ve even built their distillery, and why not. Selling whisky raises money – which they’ll need to build their distillery. This blend of theirs is quite an intriguing thing. A basically 9-year-old Scottish blend with a high malt percentage, matured at least partly in France and therefore not called Scotch. Well, the French cask influence shows and it is what it is designed for: A light, quaffable, mellow, easy-drinking blend without any overwhelming aromas but no off-notes either and with quite a bit of substance. Tailored for the average whisky drinker’s palate, and there are quite a lot of those in France, the biggest whisky market in Europe! Two points above the “average” whisky mark of 75, which is quite a bit above the usual standard blends – they’re definitely on to something!