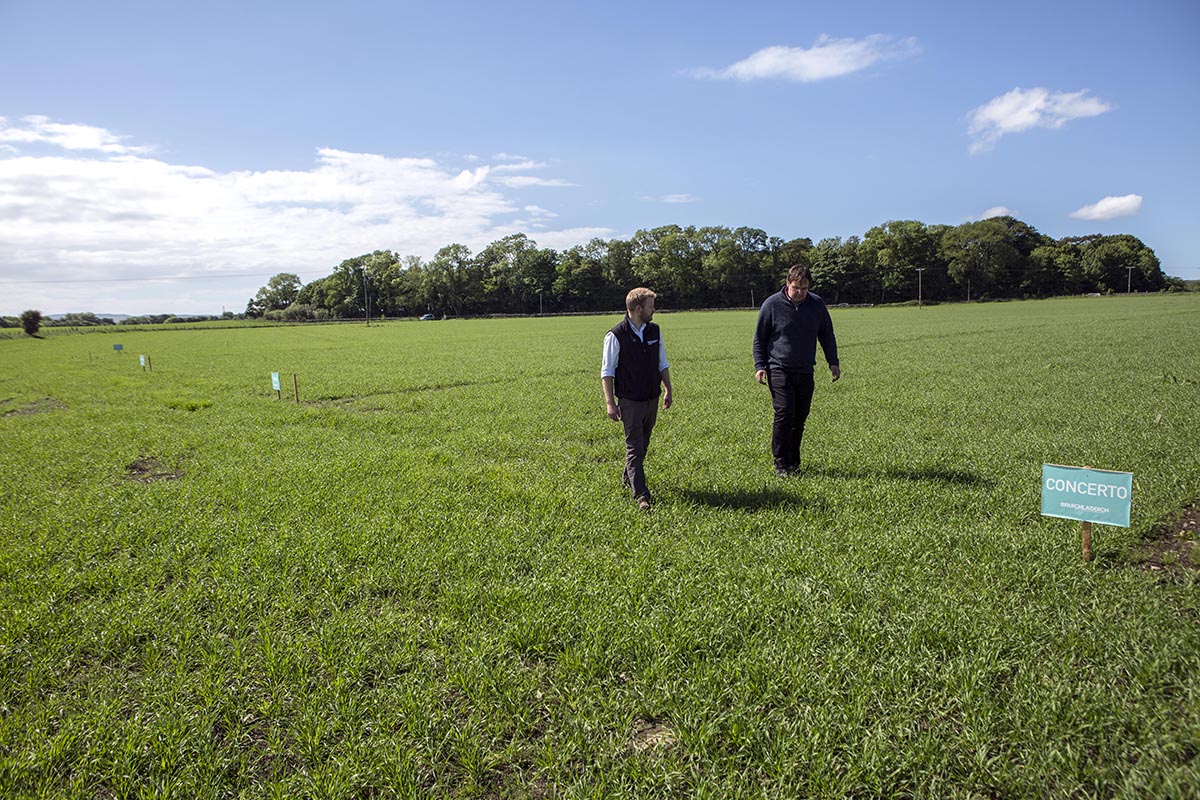 This past weekend a press release by Bruichladdich appeared in my inbox. Getting press releases is nothing new when you’re covering any kind of topic and especially in a booming market like the current, bloggers like myself are often flooded with sometimes good and sometimes cringeworthy examples. I usually don’t bother covering the latest whiskies – others are better and quicker at covering the “business news” and I don’t even attempt to compete.

And yet this press release was different – confirming what had already been murmured behind the scenes: The Islay-based distillery has acquired the Shore House Croft with 30 acres of former farmland in the immediate vicinity of the distillery. Why would a distillery buy farmland? Well, no, they won’t use it to build another mega distillery or any other construction project, they plan to use it as – drumroll, please – farm land, plain and simple.

Bruichladdich identifies itself by the slogan “Progressive Hebridean Distillers”. Some might roll their eyes at the idea of being “progressive” in the production of booze or when someone mentions “terroir” in conjunction with brown spirits. Why is this? In a whisky world where mass is king and most of the whisky is produced by using high-yield malting barley and high-yield yeast in search of ever more efficiency (at the potential cost of losing flavours) attempting to do things differently and looking left and right of the highway are good things – at least in my book. Bruichladdich has never shied away from trying things – and trying is the key phrase with this latest project:

The land will be used to conduct soil surveys followed by farming trials to “test the viability of different barley varieties on Islay soil.” In doing so they will look at heritage barley varieties “outside of the ‘recommended list’.” Now that’s where it gets interesting. Personally, I tend to think that different barley varieties, especially old varieties, can bring variety in distilling and anyone who has tried one of Bruichladdich’s Bere Barley bottlings can taste the difference themselves. I’ve baked with beremeal and if you’ve tasted the raw ingredients you can nose and taste it in the finished whisky. Now, at first there will be trials and what will come of these is too early to tell but I wholeheartedly agree with looking left and right of the mainstream raw ingredients and experimenting – especially if the end results are a mighty fine dram.

The 30 acres are rather insignificant in size compared to the current 1000 acres farmed by 17 farmers on the Island for the distillery, but the research conducted there might very well benefit their partners due to varieties emerging successfully seeing more widespread planting.

Now, there’s only one key production step missing in making whisky and that is malting the Islay-grown barley on Islay instead of shipping and tankering it off to Inverness. But that’s something for another press release, maybe in a couple of years time…