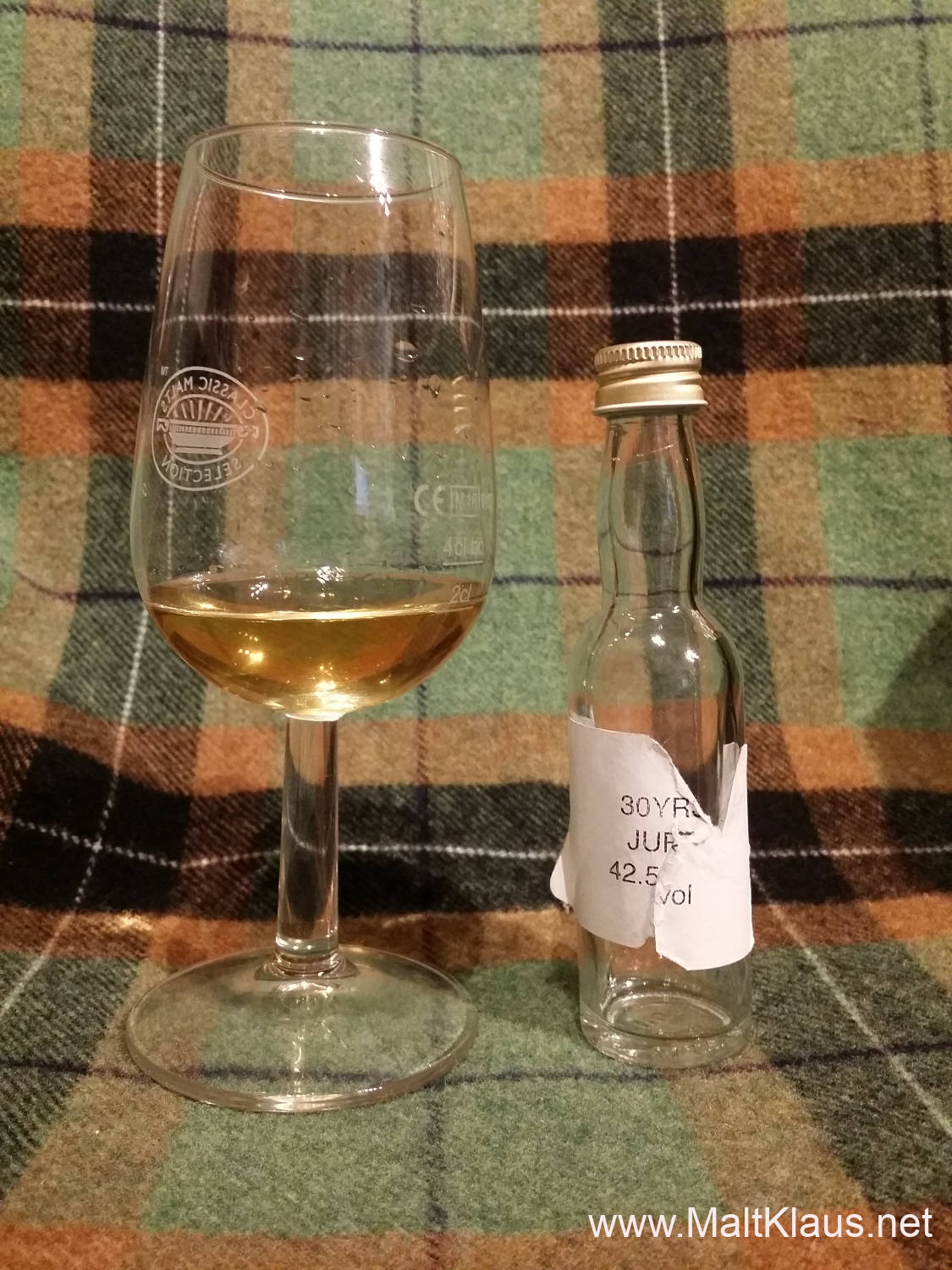 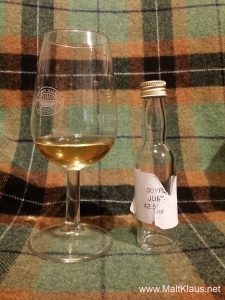 That sample took a while to reach me! It went from Salzburg to Vienna, was forgotten and finally found its way into my hands at its bottling place, Campbeltown, this May, only for me to bring it back to Austria to finally taste it. Apparently, it’s a very good Jura (which you can’t say of all whiskies by this distillery), so I’m very much looking forward to giving it a go!

Tasting notes:
Colour: gold
The nose is rather promising. Rich and properly aged with quite a noticeable oak influence, but not too much. We’ve got an oak storage cupboard with a slight layer of waxy varnish and quite a few kinds of fruit – dried bananas, dried peaches, dried pineapple, tinned lychees, sweet red apples, rhubarb some pickled ginger. Add to that a hint of orange peel, honey and a box of tutti frutti. This is unlike most Juras I’ve tasted – the spirit has been taken over by the cask in a very advantageous way.Let’s see if the palate is as good as the nose! Rather gentle on the arrival, thanks to the low ABV, but not weak – very oily and thick. Some fruits and and the oak cupboard are back. After a few seconds, there’s actually a bit of a chilli and ginger catch taking over. When that finally fades, we are left with… oh, apple crumble with rhubarb and ginger served on cardboard coated with printer’s ink. Huh, interesting combination. Quite a bit richer on the second sip! The medium-long finish has a chilli and ginger catch upon swallowing, before settling down to reveal dry notes of oak and dried fruits (apples, peaches) with a growing dusty aftertaste, an almost cardboard-like influence towards the end.

Verdict: Well, that’s quite a good Jura, and I haven’t said that too many times before. The cask has almost completely taken over, but it’s not gone too oaky, striking a good balance between fruity notes and cask influence (providing a few quirky notes). Definitely a whisky for advanced malt anoraks – and not a lot of bottles out there, the angels were particularly greedy with this barrel…

Thanks to Flo and Edwin for the sample!