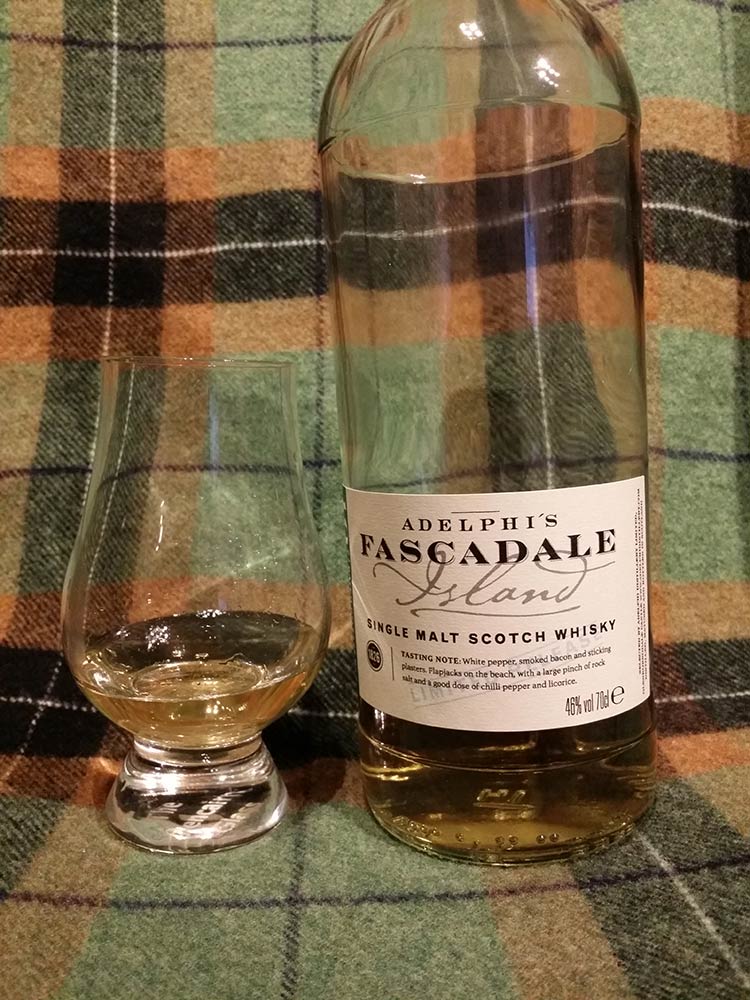 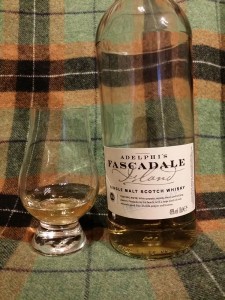 Tasting notes:
Colour: hay
An independently bottled Talisker. Don’t see that too often. Let’s see what it’s like! The nose opens with peat smoke and brine, white pepper, the typical chili catch note combined with quite a bit of fresh menthol and some chalk (scallop shells?)

There’s also a sweet note lingering in the background – malty vanilla pudding with something meandering between overripe pineapple and mango. A young fruit-munching rascal, that one! The palate falls a bit behind. Light peat meets white pepper (you might also call it chili catch…), ginger and alcohol for an intense, mouth-watering arrival, mellowing down to reveal sweet malty notes with old banana and vanilla. The medium-long finish is once again intense, with “chili catch”, and peaty with a malty banana sweetness upon swallowing, fading to more dry notes with remnants of sweetness and peat.

Verdict:
Well, there is no official statement of this dram being a Talisker, but there are several clues. First of all, it’s declared as an “Island” malt, not “Islay”. This leaves Arran, Highland Park, Talisker and Tobermory/Ledaig. I don’t think there was 10yo peated Arran around at the time of bottling and it doesn’t meet the profile. Together with Highland Park and Tobermory these three distilleries are more often than not named on the bottles – it’s mostly just Diageo’s distilleries which are rarely ever named on indie bottles, so that’s a very strong indication of it being a Talisker. And then there’s the mention of “chilli pepper” in the official tasting notes – a note often attributed to Talisker. And then, of course, there’s the taste. That’s Talisker. If you can provide any hard proof that it isn’t, I owe the first one to prove otherwise a bottle of whisky.

Right, back to the dram: A young, feisty, kicking, peaty vatting of quite a few casks to make 3746 bottles – about 12-15 hoggies perhaps? Mostly 2nd and 3rd-fill ex-bourbon ones judging from colour and taste – a few fresher casks could’ve made it a tad more characterful. Nonetheless, a more than decent independently bottled Talisker – and you don’t see those very often. You might just find an odd bottle or two sitting in shelves here and there – it was quite a big batch.

Thanks to my wee brother Peter for the sample!