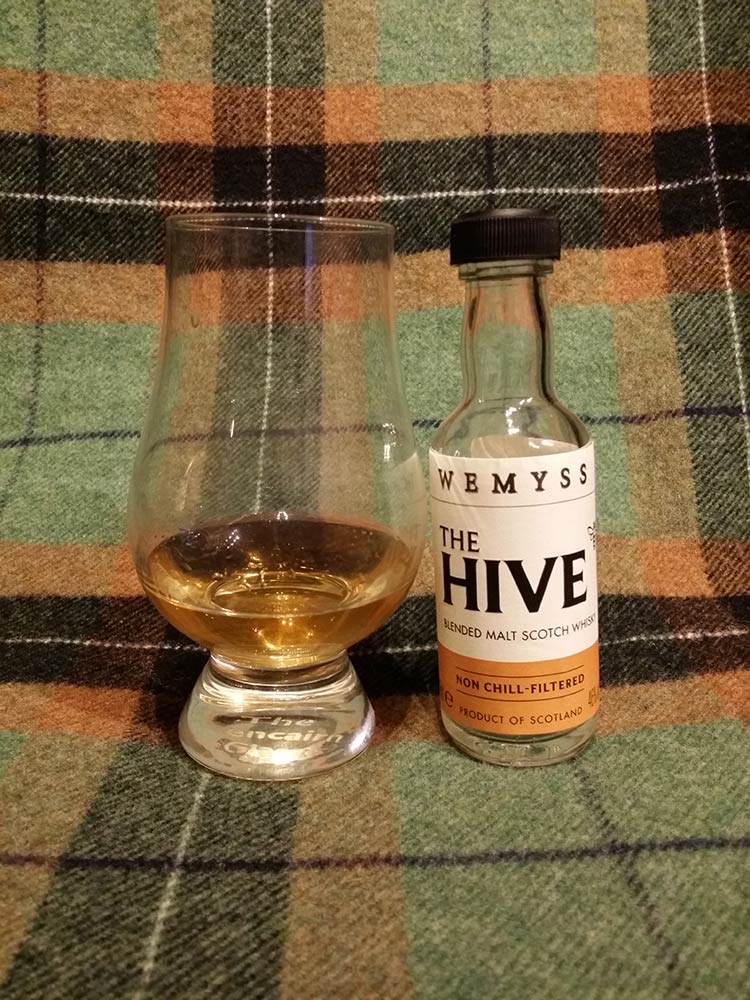 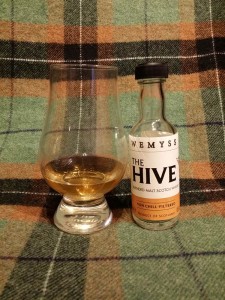 Tasting notes:
Colour: gold
The nose opens up with waxy honey, vanilla, creamy baked apples with cloves stuck in them, slight sandalwood and cinnamon. The honey note is really dominant – this dram is aptly named! At the same time there’s light alcoholic, menthol note floating atop – it noses a bit younger and less intense than both The Spice King and Kiln Embers, both of which are also NAS blended malt releases from the same series. Let’s have a sip now, shall we? The palate offers creamy apple, summer-flower-honey sweetness, honey melon, vanilla and light spices. Quite a few malts have been blended together in such a way it’s hard to pick up individual flavours, it’s a tightly-woven mix, but still light, reminding me of a summer day eating honey-topped sweet fruits on the patio. Still young-ish too, not harsh, but there’s the slightly young alcoholic note again and there’s no oak influence (which I don’t miss in this dram). The short to medium long  finish suits the style – a sweet and slightly fruity mixture upon swallowing, quite light and not overwhelming.

Verdict:
This dram was part of the Wemyss Malts #WemyssTT4 tweet tasting, organized by Steve Rush @thewhiskywire for which I was chosen as a participant. As my palate wasn’t on its best that night I chose to retaste these drams one by one at a later time.
“The Hive” is the lightest one of the Wemyss blended malts I’ve tasted so far (see the links above) and the youngest by appearance (we can only guess since there’s no age statement). It’s designed to represent the Speyside malts and for that it works quite well – light, fruity, sweet (but not sherry-sweet or laden with dark fruits). The bottling strength of 46% certainly helps too. This would work nice in an introductory tasting or as an easy-sipping summer dram as it doesn’t overwhelm and has no real flaws, but if I had to choose, I would go for the “Spice King” or “Kiln Embers” instead.