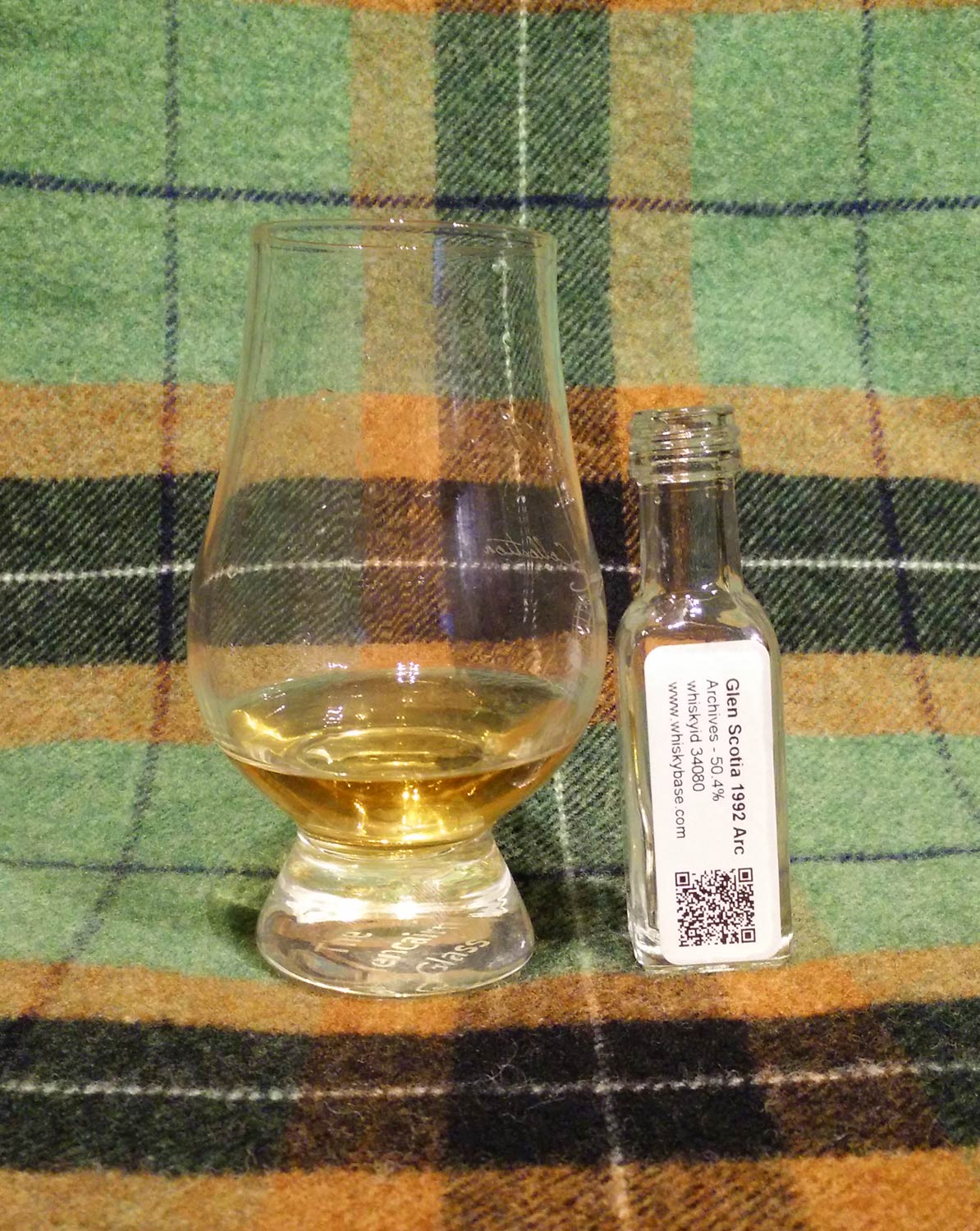 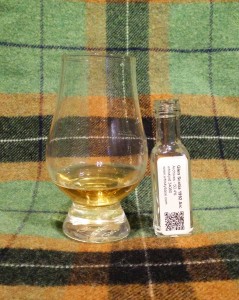 Tasting notes:
Colour: light gold with lots of dark cask bits 😀
The nose is a bit strong on the alcohol at first with a delicate and shy aroma lurking underneath. Not too active a cask I guess. After the initial alcoholic note passes I get light fruit notes.

Think orange juice, ripe and green apples, kiwi, pineapple, grapes. Custard and a hint of honey make up the sweet component but it remains a light and fresh nose. After a few minutes a cardboard / old clothes smell appears as well, getting stronger as time passes on and after the first sip. The palate isn’t any less alcoholic. A light character, just like the nose. There’s the honey sweetness and a bit of vanilla pudding. Less fruits than on the nose, though. Bitter lemon, ginger, chili spices, green apples, green kiwi, salt, wet stones and a grassy element too. The finish is initially a bit high on the alcohol, herbal, dry, short to medium long.

Verdict:
Glen Scotia distillery in Campbeltown is one of the lesser-known Scottish distilleries and one of those nobody seems really interested in. This particular cask was filled in the short era when it was owned by Gibson International (one of the many owners in its history). Having spent its life in a (most likely 2nd or 3rd fill) ex-bourbon Hogshead it didn’t get the most active of maturation, making it a rather light, clean and delicate dram. While it doesn’t make me fall in eternal love with the distillery, it is better than some other bottlings I’ve tried.